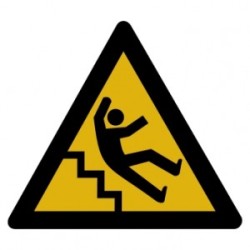 Architects have one more reason to celebrate this holiday season. In a case decided this past month, the California Court of Appeals held that architects are protected under what is referred to as the “completed and accepted” doctrine, from liability arising from injuries caused by patent (i.e., obvious and apparent) defects once work is accepted by the owner.

In 1996, the California Court of Appeals for the Second District – bucking a trend in California cases which had, since the early 1960s, viewed contractors in the same light as sellers of goods – i.e., liable to anyone who might foreseeably be endangered by their negligence – adopted the completed and accepted doctrine in the case Sanchez v. Swinerton & Walberg Co., 47 Cal.App.4th 1461 (1996).

Under the completed and accepted doctrine, once an owner accepts a contractor’s work, the contractor’s liability for injuries resulting from patent defects ends.

In a later case, Jones v. P.S. Development Co., Inc., 166 Cal.App.4th 707 (2008), the Second District expanded the completed and accepted doctrine to both private and public works projects as well as to portions of work accepted by an owner when the contractor is continuing to work on other parts of the project.

In the most recent case coming out of the Second District, Neiman v. Leo A. Daly Company, Case No B234537 (October 30, 2012), the California Court of Appeals has now extended the completed and accepted doctrine to architects.

In Neiman, Leo A. Daly Company (“LAD”) entered into an agreement with the Santa Monica Community College District (“District”) in 2004 to design and oversee the construction of a theater arts building. Construction of the main theater stage (“Main Stage”) was completed on June 15, 2006. Thereafter, on May 30, 2008, Ellen Neiman was injured in the Main Stage as she descended a flight of stairs.

Neiman sued and named LAD as a defendant, alleging that LAD had “negligently, recklessly and carelessly designed, manufactured, lit, constructed, inspected, managed and maintained the Main Stage” by failing “to adequately and sufficiently light the stairway of the Main Stage and to properly mark and delineate the stairs of the Main Stage” which caused her to fall and injure herself.

LAD later filed a motion for summary judgment in which it argued that it could not be liable for Neiman’s injuries under the completed and accepted doctrine. According to LAD, the Main Stage was completed and accepted by the District in June 2006, long before Neiman’s accident in 2008, and the alleged defects were patent and apparent by reasonable inspection by the District.  LAD, did, however,  concede that the plans had called for contrast marking stripes on the stairs which were never applied. The trial court granted LAD’s motion for summary judgment.

On appeal, Neiman argued that whether the lack of contrast marking stripes was a patent or latent (i.e., not obvious or apparent) defect was an issue to be determined at trial and was not appropriately raised by way of a motion for summary judgment. The Court of Appeals acknowledged that the completed and accepted doctrine does not apply to latent defects:

[W]hen a contractor completes work that is accepted by the owner, the contractor is not liable to third parties injured as a result of the condition of the work, even if the contractor was negligent in performing the contract, unless the defect in the work was latent or concealed. [citation omitted.] The rationale for this doctrine is that an owner has a duty to inspect the work and ascertain its safety, and thus the owner’s acceptance of the work shifts liability for its safety to the owner, provided that a reasonable inspection would disclose the defect. [citations omitted] Stated another way, “when the owner has accepted a structure from the contractor, the owner’s failure to attempt to remedy an obviously dangerous defect is an intervening cause for which the contractor is not liable.” [citation omitted.] The doctrine applies to patent defects, but not latent defects. “If an owner, fulfilling the duty of inspection, cannot discover the defect, then the owner cannot effectively represent to the world that the construction is sufficient; he lacks adequate information to do so.” [citation omitted.]

However, explained the Court, while it was undisputed that the plans had called for contrast marking stripes on the stairs, the absence of the stripes was “obvious and apparent to any reasonably observant person” and was not a latent defect as a matter of law:

There is no evidence indicating [that the District], who contracted for the work and participated in the walk-through on June 15, 2006, did not have access to the plans and specifications. The alleged defect is “patent as matter of law; it would be discovered by an inspection the owner would make in the exercise of ordinary care and prudence” [citation omitted], in ensuring that obvious safety measures called for in the plans and specifications were completed. This is not a concealed or hidden defect – a latent defect – which the owner would not discover by reasonable inspection. [citation omitted.]

Neiman next argued that whether the Main Stage was “completed” was also an issue to be determined at trial and not by  summary judgment.  According to Neiman, the project was never completed because the contrast marking stripes were required by the plans, LAD did not make a final observation and certification that the project complied with the plans, and LAD did not submit as-built drawings showing the absence of the striping as required under its contract.  The Court disagreed, stating that whether or not LAD was negligent in performing its contract “is irrelevant in application of the completed and accepted doctrine.”

Although the Sanchez, Jones and Neiman line of cases all come out of the Second District Court of Appeals, and sophisticated plaintiffs counsel may argue that they should be limited to cases within the jurisdiction of the Second District and that they are arguably contrary to an earlier California Supreme Court decision in Stewart v. Cox, 55 Cal.2d 857 (1961) which held that contractors should be liable to third-parties for negligence which causes a reasonably foreseeable danger to them, Sanchez and Jones have never been overturned, and with the addition of Neiman as additional citable precedent, it appears that establishment of the completed and accepted doctrine throughout California is well underway.