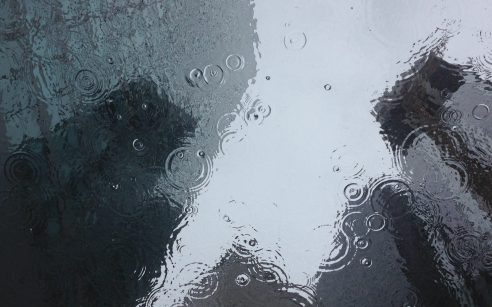 I read once that 97 percent of cases never go to trial. However, there are still the ones that do. And, then, there are the ones that do both. The following case, Global Modular, Inc. v. Kadena Pacific, Inc., California Court of Appeals for the Fourth District, Case No. E063551 (September 8, 2017), highlights some of the issues that can arise when portions of cases settle and other portions go to trial, the recovery of delay damages on a construction project through insurance, and the recovery of attorneys’ fees.

Because Kadena had contracted with another subcontractor to install the roofing, Global agreed to deliver the units covered only by a roof deck substrate comprised of a three-quarter inch sheet of plywood. Delivery of the units was originally scheduled for the summer, however, due to project delays the units were not delivered until October and November.

Well, you can guess what happened.  The rains came and the units were damaged.

The Kadena-Global subcontract provided that Global would assume responsibility “for any loss or damage to the [units] . . . however caused, until final acceptance thereof by [Kadena].” The contract conditioned “final acceptance” upon the VA’s approval of the units. Kadena, however, as the general contractor, was responsible for the overall project schedule.

When Global refused to pay Kadena, Kadena sued, and Global countersued for the water damage. Before trial, the parties entered into a partial settlement. Global paid Kadena $321,975 except for claims covered by Global’s insurance policy with North American Capacity Insurance Company (NAC) and Global received $153,025 to dismiss  its failure-to-pay claims. At trial, Kadena presented evidence of its cost to repair the water damage and was awarded approximately $1 million.

In a separate action brought by NAC, Kadena and NAC filed competing motions for summary judgment on the issue of whether NAC’s policy required it to indemnify Global for the approximately $1 million award in the other action. The trial court ruled in favor of Kadena finding that the award was covered under the NAC policy. The trial court also ruled that the award should be offset by the $321,975 Global paid in settlement and that Global was liable to Kadena for $360,000 in attorneys’ fees.

Messy enough for you?

On appeal, NAC, Global’s insurer, argued that the water damage was not covered under its policy. Typical of commercial general liability insurance policies, the policy covered “property damage” caused by an “occurrence,” which was defined as “an accident, including continuous or repeated exposure to substantially the same general harmful conditions.” From this broad occurrence-based coverage, the policy carved out a variety of exclusions.

One of those exclusions (Exclusion j(5)) excluded coverage for “[t]hat particular part of real property in which you or any contractors or subcontractors working directly or indirectly on your behalf are performing operations, if the ‘property damage’ arises out of those operations.” NAC argued that the phrase “are performing operations,” refers to works in progress and that the exclusion applies when property damage occurs before construction is complete and, because Global had not yet completed installation of the units, the exclusion applied. Global, on the other hand, argued that the phrase “are performing operations” only applied to particular components Global was physically working on at the time of the property damage and, because the water intrusion occurred while Global  was not working on the units, the exclusion did not apply.

Another exclusion (Exclusion j(6)) excluded coverage for “[t]hat particular part of any property that must be restored, repaired or replaced because ‘your work’ was incorrectly performed on it.” NAC argued that, because Global inadequately waterproofed the units, Global’s “work” was “incorrectly performed” and the exclusion applied. Global, on the other hand, argued that the term “work” refers to a product, such as warped or uneven floors, not to a process like covering units with plastic tarps, and that even if its waterproofing efforts were ineffective, the “particular part” of the “work” that was “incorrectly performed” was the use of a plywood substrate not the interior parts of the units.

While acknowledging NAC’s argument that commercial general liability insurance policies “are not designed to provide contractors and developers with coverage against claims their work is inferior or defective,” the Court of Appeal stated, “[t]he problem with NACs’ argument is that it is based on its view of the underlying policy of commercial general liability insurance and not on an application of the policy language to the facts of the case.” And, here, tarping the units, even if performed incorrectly or inadequately was not a part of Global’s “work.”

With respect to Exclusion j(5), the Court of Appeals concluded that the active, present tense construction of the policy language, “are performing operations,” indicated that the exclusion only applies to damage caused during physical construction activities and, because Global was not physically working on the units at the time of the water damage, the exclusion did not apply. With respect to Exclusion j(6), the Court held that the “only arguably defective components or parts of Global’s work are the plastic tarps, as they failed to keep the water out,” but “more importantly, there was no allegation the items for which Kadena sought repair and replacement costs – the drywall, insulation, framing, and ducting – were defective” (emphasis in original).

On appeal, NAC further argued that the delay damages awarded for the 131 days Kadena spent remediating the water damage were not covered under its policy because it did not constitute “property damage.”

The Court of Appeal disagreed stating, “contrary to NAC’s contention, delay damages arising from “property damage” fall under the insuring clause, which obligates NAC to ‘pay those sums that the insured becomes legally obligated to pay as damages because of . . . . ‘property damage’ to which this insurance applies'” (emphasis in original). While the policy does not define damages, held the Court, “courts generally interpret the term to mean payments made to compensate a party for direct and consequential injuries caused by the acts of another” and “[h]ere, the 131 days of remediation was time Kadena could have spent completing the project had the units’ interiors not been damaged. That delay constitutes a consequential loss (a loss occasioned by the water intrusion) and as such, is part of the damages NAC must pay ‘because of’ property damage.”

On appeal, NAC and Global argued that attorneys’ fees were not recoverable by Kadena because Kadena had released its right to obtain attorneys’ fees under the terms of its settlement with Global.

4.1.1 Notwithstanding the language of Civil Code section 1542 and waiver provided in Section 4.2 of this Agreement, it is the parties’ express intent and they so agree that this agreement does not release claims from the Project related to  property damage, personal injury, [loss] of use and other claims that are covered under the [NAC] insurance policies described in Section 4.9.1 of this Agreement, true and accurate copies of which are attached to this Agreement as Exhibits “A” and “B”

Based on this language, held the Court of Appeals, the settlement agreement allows Kadena to pursue its water damage claim and, as the prevailing party, to seek attorneys’ fees as part of that claim.

Kadena’s Argument that the $321,975 Settlement Paid by Global Should Not be Offset

Finally, on appeal, Kadena argued that the $321,975 settlement paid by Global should not offset the $1 million damage award covered by NAC’s policy because the payment represented payment in exchange for Kadena’s release of claims other than its water damage claim. In support of its argument, Kadena pointed to the Kadena-Global settlement agreement, which provided that the parties were agreeing to release all claims against one another except for claims from the project “related to” claims covered by NAC’s policy.

“The equitable concept of offset,” explained the Court of Appeals, “recognizes it is unfair to require a defendant to compensate a plaintiff twice for the same injury.” “Thus, to warrant offset, Global’s settlement payment to Kadena must have compensated Kadena for the same harm as the jury’s damage award.” But here, held the Court, the jury was instructed by the trial court that any awarded damages should be limited to damages related to water remediation only and not to defective workmanship or pre-rain delays.

Isn’t it nice when everyone’s a winner?

Global Modular underscores that, while commercial general liability policies are not intended to serve as a warranty covering poor workmanship, they do cover “property damage” that “occurs” from poor workmanship. Further, the case clarifies that delay damages may be recoverable depending on the language of the insurance policy. And, finally, the case serves as a reminder that when settling portions of a case, it is important to be clear what specific portions of a case are being settled, as parties may not seek damages for those settled portions, or an offset may apply.