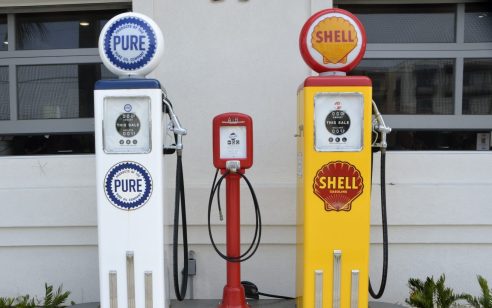 California voters will get to vote on November 6, 2018 on a ballot initiative to repeal an infrastructure funding bill signed by Governor Brown this past year that is estimated to raise more than $5 billion annually during the next ten years for road repairs and mass transit improvements in California.

In 2017, Governor Brown signed Senate Bill 1, the Road Repair and Accountability Act of 2017, which increased the excise tax on gasoline in the state by 12 cents per gallon, to 30 cents per gallon, and increasing vehicle registration fees from $25 to $175 dollars depending on the value of the vehicle.  The last time the state’s gas tax was increased was in 1994 and the last time the federal gas tax was increased was in 1993.

In June of this year, Proposition 6, the “Voter Approval for Future Vehicle Taxes and 2077 Tax Repeal Initiative,” obtained the required 585,407 signatures necessary to place the initiative on the ballot. The initiative, supported by national and state Republican leaders, would repeal SB 1 and further require that any new increase or extension of state fuel taxes or vehicle fees, which currently require a two-thirds vote of each state legislative chamber and the governor’s signature, also be approved by California voters through a ballot proposition.

Supporters of the initiative, including House Speaker Paul Ryan, House Majority Leader Kevin McCarthy of Bakersfield and GOP gubernatorial candidate John Cox, who together have spent $1.7 million to get the initiative on the ballot, hope that the initiative will not only pass but, more importantly, get conservative voters to come out in November to defend California’s 14 republican congressional seats. Governor Brown, a Democrat in his last term before term limits force him out of office, has vowed to fight Proposition 6.

Proposition 6 comes at an interesting time as gas prices have increased due to rising tensions in the Middle East causing the price of crude oil to increase to nearly $70 a barrel compared to $48.46 a year ago. At the same time, President Trump has promised $1.5 trillion in federal infrastructure spending, at least a part of which would have to come from an increase in the federal gas tax, although an administration-sponsored bill has yet to be introduced in Congress.