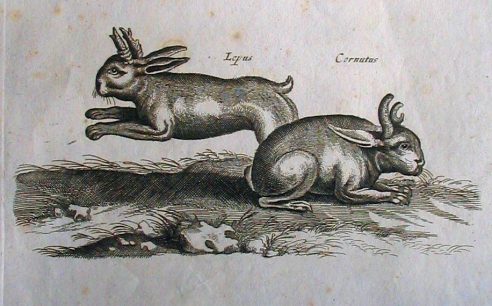 Ah, the elusive Lepus Cornutus, commonly known as the Jackalope. Rarely seen, we may have one in SI 59 LLC v. Variel Warner Ventures, LLC, Court of Appeals for the Second District, Case No. B285086 (November 15, 2018), an interesting case involving a developer, a contractor, a general release, and Civil Code section 1688.

In 2005, Variel Warner Ventures, LLC (Variel Warner) entered into a construction contract with Verdugo Management & Investment, Inc. (Verdugo) to construct improvements at an 85 unit apartment complex. Under the terms of the contract, Verdugo agreed to construction the improvements in a good and workmanlike manner in strict compliance with all drawings and specifications and to comply with all laws. It didn’t. The work was defectively flashed, counterflashed, and waterproofed.

In the meantime, in December 2007, Sobrato Interests II (Sobrato) entered into a purchase agreement to purchase the property. Pursuant to the purchase agreement, Sobrato was not obligated to close escrow until “Final Completion,” which was defined as “all Improvements hav[ing] been constructed in substantial accordance with all plans and specifications and other applicable provisions of the General Construction Contract.”

The purchase agreement also contained a general release stating that Sobrato “shall rely solely upon [its] own knowledge of the Property based on its investigation of the Property and its own inspection of the property in determining the Property’s physical condition, except with respect to . . . [the] representations, warranties and covenants [made by Variel Warner].” Under the purchase agreement, Sobrato released Variel Warner and Verdugo, among others, from all claims including construction errors, omissions, or defects.

In its complaint, SI 59 LLC alleged that Verdugo negligently constructed or inspected the structural concrete slab and slab waterproofing and that Variel Warner negligently managed, inspected and developed the property. SI 59 LLC further alleged that Variel Warner breached the purchase agreement by failing to deliver the property with all improvements having been “constructed in substantial accordance with all plans and specifications and other applicable provisions of the General Construction Contract.”

In the trial court, Variel Warner and Verdugo demurred to SI 59 LLC’s complaint on the ground that SI 59 LLC’s claims for negligence and breach of contract were barred by the general release contained in the purchase agreement.

In response, SI 59 LLC cited Civil Code section 1668 which provides that “[a]ll contracts which have for their object, directly or indirectly, to exempt any one from responsibility for his own fraud, or willful injury to the person or property of another, or violation of law, whether willful or negligent, are against the policy of law.” And, here, because Variel Warner and Verdugo were aware of the construction defects, the general release was void as a matter of law.

However, while recognizing that Civil Code section 1668 only applies to “concurrent or future torts,” the Court of Appeal also recognized that depending on how a claim is asserted, Section 1668 could potentially apply although SI 59 LLC had not and could not adequately plead sufficient facts to have it apply.

As to SI 59 LLC’s negligence claim, the Court of Appeals held that Verdugo’s defective construction was a past event and that Variel Warner’s failure to properly manage, inspect and develop the property was a breach of a common law duty of care rather than a statutory violation (and, in any event, a past event) precluding application of Civil Code section 1668.

As to SI 59 LLCs breach of contract claim, the Court of Appeals held that the purchase agreement merely provided that Sobrato was not obligated to close escrow until “Final Completion,” and that while “Final Completion” was defined as “all Improvements hav[ing] been constructed in substantial accordance with all plans and specifications and other applicable provisions of the General Construction Contract,” the alleged breach that ‘Final Completion” had not occurred as defined “was not itself a negligent misrepresentation” triggering Civil Code section 1668.

The Court of Appeals suggested that if the facts were different, and SI 59 LLC had the ability  to claim that Variel Warner had affirmatively represented that the property was in fact constructed in substantial accordance with all plans and specifications and other applicable provisions fo the General Construction Contract and further that Sobrato reasonably relied on that representation, that a claim for negligent misrepresentation and application of Civil Code section 1668 might be tenable since reliance and damages would have been concurrent.