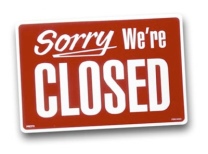 Local redevelopment agencies received approximately $5 billion in state funding under the program each year, but the program, which critics argued lacked oversight as to how money was spent, was axed by Governor Brown in June 2011 as a way to help alleviate the state’s multi-billion dollar budget deficit.  Local redevelopment agencies attempted to overturn the law, but the California Supreme Court ruled that the state had the right to abolish the program in a decision issued two days before the end of the year, on December 29, 2011.

For developers, design professionals, contractors, and public entities, the abolishment of the state’s economic development program is a significant loss of funding at a time when the state’s beleaguered construction industry has already been hard hit by the unprecedented economic decline of the past few years.  There may be a segment of the construction industry which may benefit, however.  For those involved in school construction, the multi-billion dollar savings to the state may mean that additional funding may be in the pipeline for school construction.