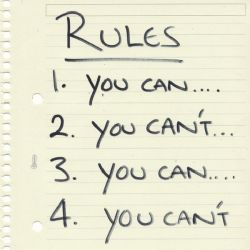 Both my parents and in-laws live in communities with homeowner’s associations, where they tell you what color you can paint your house, that you need to trim your crazy looking tree and that you can’t park your junker on the lawn. I don’t. I’m perfectly happy living next to my neighbors who raise chickens in their backyard, thank you very much. Ok, I could do without the chickens, and in particular the rooster, but I could raise my own feathered flock if I wanted to, which is my point.

But homeowner’s associations don’t make all the rules. In a recent case, the California Supreme Court held that an arbitration clause contained in a recorded declaration of covenants, conditions and restrictions (“CC&Rs”) was enforceable against a homeowner’s association . . . even though the association was not even in existence (and, therefore, had no ability to consent to or reject the CC&Rs) at the time the CC&Rs were recorded.

Here, however, the arbitration clause was not unenforceable, because under the Davis-Stirling Act, actual notice is not required to enforce CC&Rs against homebuyers, and CC&Rs are enforceable as equitable servitudes against homeowner’s association even where such associations may not have been formed at the time the CC&Rs were recorded:

It is true we have emphasized that arbitration derives its legitimacy from the fact that the parties consent to resort to the arbitral forum rather than to litigation, with its possibility of a jury trial. Such consent is generally required. As we have previously recognized, however, various legal theories allow for delegated authority to consent. Not only do common law principles such as fiduciary duty and agency permit enforcement of arbitration agreements against nonsignatory third parties, but the Legislature can also provide for the reasonable delegations of authority to consent.

Pinnacle is an important win for homebuilders and reverses a trend in recent decisions which have invalidated arbitration clauses contained in CC&Rs. This was a tough case, and I could see the equities on both sides, but as the Supreme Court pointed out it was a “legislative policy choice,” and those choices can sometimes be difficult to make.