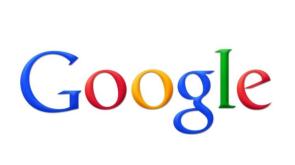 It was moored quietly in the Bay.

But when a four story structure made up of shipping containers was erected, questions began to be asked.

Elected officials said they didn’t know. The police said it wasn’t in their jurisdiction. And the Coast Guard was staying mum.

Some speculated that it was a floating data center. Others thought it was a R&D laboratory. And still others said it was housing the last remaining dinosaur.

When it was discovered that the owner of the barge was a company called By and Large, LLC, a take perhaps on the fictitious company Buy and Large from the movie Wall-E or a bastardization of the word “barge,” and that there were ties to an individual working at Google, speculation ran wild.

Google, however, remained silent. By building a (wink, wink) vessel not a building – plans, building permits, and planning commission approval – all of which are viewable by and open to the public, could be avoided. 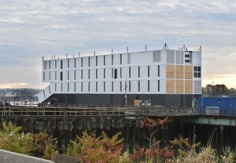 But almost as soon as it began, construction suddenly stopped. Stopped in its tracks by that saboteur of even the best laid plans, Murphy’s Law, also known in this case as the San Francisco Bay Conservation and Development Commission (“BCDC”).

The BCDC, which is charged with protecting the resources of the San Francisco Bay, determined that it was necessary to obtain a permit from the BCDC before undertaking “most” work in the bay or within 100 feet of the shoreline including filling, dreading, shoreline development and “other” work.  The mystery barge was apparently “other” work which fell within the broad parameters of “most” work.

Google, who had by this time acknowledged owning the barge through By and Large, LLC, either had to get a permit, which would require the filing of publicly available documents, or move on. Google decided to move on and moved the barge this past week to Stockton, Calfornia where it was warmly greeted and even mentioned on the Stockton Visitors page (take that San Francisco!).

So, what’s on the barge? In a press release Google stated: “Google Barge … A floating data center? A wild party boat? A barge housing the last remaining dinosaur? Sadly, none of the above. Although it’s still early days and things may change, we’re exploring using the barge as an interactive space where people can learn about new technology.”

Google’s good. Really good. While many are saying that the mystery has been “unveiled” and that the barge will be used as a floating retail store, I say not so quick. I think Google has invented a new type of double-speak using humor as a distraction device. “Yeah, it’s been fun guys, but here’s the (pretty dull) reality, it’s just (possibly, maybe, we’ll see) going to be a [insert vague description that can be read a ton of different ways].” Has Google really revealed anything?

Here’s what we do know:

Other than that, as far as I’m concerned, it’s still a mystery.  Or maybe I just like to think they may contain the last remaining dinosaurs.