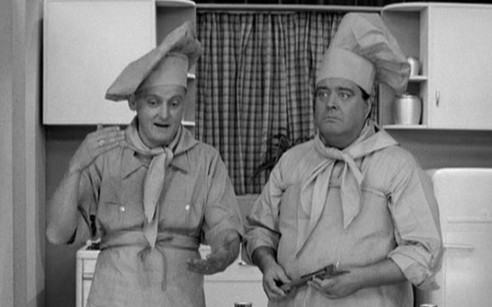 “Mixing concrete, like baking a cake, is fraught with problems when the recipe is not followed.” – Justice Kenneth Yegan, State Ready Mix, Inc. v. Moffatt & Nichol, California Court of Appeal for the Second District, Case No. B253421 (January 8, 2015).

I love jurists who aren’t afraid to mix in a little humour in their opinions.

But “[t]he law,” as a framed needlepoint in one of my colleague’s offices says, “is serious business.” And the State Ready Mix case involved one of the thorniest problems in construction litigation:

What to do when you’re sued and you think someone else is to blame.

The plans prepared by Moffatt required that the concrete have an air entrainment of two to four percent and that the cured concrete attain a compressive strength of 5,000 PSI in 28 days.

State submitted a concrete mix design which provided for the addition of an air entrainment chemical to achieve the specifications developed by Moffatt. Although not within Moffat’s contractual responsibilities, Moffatt reviewed and approved the design mix at the request of Major.

Thereafter, State delivered seven truckloads of pre-mixed concrete to the job site. However, there was a problem. Twenty-eight days after the concrete was cast lab tests revealed that the concrete had a compressive strength of only 3,600 PSI.

As a result, Major had to demolish and rebuild the affected portion of the pier and later sued State. State, in turn, sued Moffatt. But because State did not a have a contract with Moffatt, it sued Moffatt  under the legal theories of implied equitable indemnity and contribution on the ground that Moffatt had failed to use reasonable care in reviewing and approving State’s design mix.

The Court of Appeal Opinion

The Court of Appeal affirmed. As to State’s equitable indemnity claim, the Court of Appeal explained that equitable indemnity does not arise simply because one party (Moffatt) may have negligently performed its contract with another party (Bellingham) but, rather, that that party (Moffatt) must have violated an independent legal duty owed to the party seeking equitable indemnity (State). And Moffatt, the Court found, owed no independent legal duty to State under what is known as the Biankanja factors, in which a court looks at the following factors when determining whether a party owes a duty to another party:

The Court of Appeal found that State’s equitable indemnity claim failed under each of Biankanja factors because, for among other reasons, Moffatt’s review of the concrete design mix, in addition to being gratuitous, was for the benefit of Bellingham not State; Moffatt could not have foreseen that State would have “over dosed” the concrete; and it was State’s deviation from the design mix, not Moffatt’s approval of the design mix, which caused the concrete not to meet the specifications.

Moreover, explained the Court, applying the logic of Aas v. Superior Court, 24 Cal.4th 627 (2000), which held that a homeowner could not sue in tort for construction defects unless such defects caused actual damages (aka the economic loss rule), because Moffatt did not have a contractual relationship with either State or Major and the defective concrete did not injure a person or damaged other property, the economic loss rule barred State’s claims against Moffatt.

Finally, with respect to State’s contribution claim, the Court explained that contribution is a “creature of statute, ” specifically California code of Civil Procedure section 875, and only comes into existence following a judgment declaring more than one defendant jointly liable to the plaintiff. And, here, no judgment was obtained against Moffatt because the trial court properly dismissed State’s claims.

What with the fact that Moffatt “gratuitously” reviewed and approved State’s concrete design mix and State botched its own design mix by figuratively just throwing in a pinch there and a pound there of air entrainment chemical, the Court of Appeal’s opinion may seem to have been a foregone conclusion.

But cases are often stories in morality, and judges and justices alike can’t just announce that one party is victorious over another because it was “the right thing to do.” Indeed, I could easily see this case going the other way if Moffatt was contractually responsible for, although not in contract with, State, to review and approve the concrete design mix, and if State followed the concrete design mix approved by Moffatt.

If there’s anything to take from this case it’s that “in general,”  courts are reluctant to extend what should otherwise be a contract claim into a claim “sounding in tort,” that equitable claims such as equitable indemnity and contribution are subject to greater scrutiny, and that such claims will not be permitted where there are no actual damages but merely economic loss.