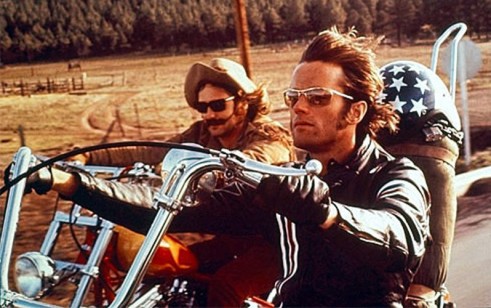 Because, of course, YOU would never find yourself hightailing it out of town with the California Contractor’s State License Board (“CSLB”) sniffing down your tail pipes.

Then again, mistaken identities occur all the time. So, here’s what you need to know if the CSLB mistakes you for one of “those” contractors.

What violations are subject to CSLB enforcement actions?

The CSLB can take enforcement actions based on any one of numerous violations set forth under the California Business and Professions Code (“B&P Code”), including:

What happens when a complaint is filed or enforcement action initiated against my license?

What is a warning letter?

What is a citation?

If a contractor is found to have violated the License Law, the CSLB may issue a citation imposing a civil penalty payable to the CSLB as well as an order of restitution requiring the contractor to either correct deficiencies and/or pay for the damages of the complainant. Civil penalties on a single construction project, no matter the number of violations, cannot exceed $5,000. However, if a contractor is found to have contracted with an unlicensed contractor or have aided and abetted an unlicensed contractor a civil penalty of up to $15,000 may be assessed.

A contractor may appeal a citation by giving notice to the CSLB within 15 days of service of the citation by the CSLB. If a contractor appeals the citation, a hearing is held before the Registrar of Contractors who may revoke, modify, or affirm a citation. A mandatory settlement conference before the hearing may also be conducted.

What is an accusation?

The most serious violations are subject to the filing of an accusation. In an accusation, the CSLB seeks to suspend or revoke a contractor’s license, and begins with the CSLB filing an accusation, which is similar to a complaint filed in superior court, and includes an allegation of claims. A contractor has 15 days from service of an accusation by the CSLB to file a notice of defense.

The Administrative Procedures Act (Government Code sections 11500 et seq.) govern accusations, including limited discovery of names and addresses of witnesses, statements taken, investigative reports, and documents sought to be admitted as evidence. A mandatory settlement conference before the hearing may be conducted.

At the hearing before the Administrative Law Judge (“ALJ”) the burden is on the CSLB to prove by clear and convincing evidence that a contractor’s license should be suspended or revoked. The rules of evidence, however, are typically more relaxed. Following the hearing, the ALJ will issue a proposed decision.

The CSLB may adopt the proposed decision in whole or in part or may enter its own ruling. The CSLB can also request that additional evidence be heard. The decision of the ALJ becomes a final decision 30 days after service of proposed decision unless reconsideration is requested.

How does the CSLB address complaints against unlicensed contractors?

Unlicensed contractors, as opposed to licensed contractors, don’t have a license which can be suspended or revoked. When the CSLB receives a complaint against an unlicensed contractor the CSLB may issue a citation including an order of abatement to cease and desist and a civil penalty up to $15,000, file a criminal action with the local district attorney’s office, or initiate injunction proceedings in the superior court.