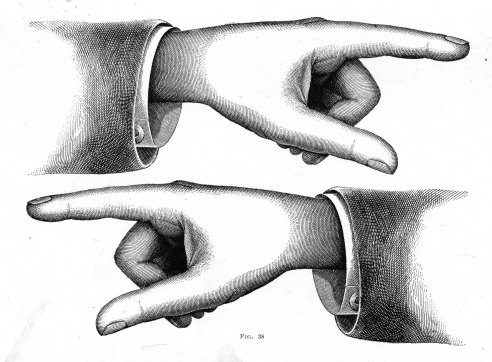 Indemnity, on the other hand, shifts liability from one party to another and can be broader than the types of claims covered by insurance although anti-indemnity statutes can limit the breadth of those claims.

Sometimes though insurance and indemnity work in ways you might never have expected, like in the next case, Valley Crest Landscape Development, Inc. v. Mission Pools of Escondido, Inc., Case No. G049060 (July 2, 2015), in which the California Court of Appeals for the Fourth District held a subcontractor liable in the face of both an indemnity claim brought by a general contractor as well as a subrogation claim brought by the general contractor’s insurance company.

The facts of this case are both sad and ugly.

In 2007, Jeffrey Epp dove into the shallow end of one of the swimming pools and was severely injured rendering him a quadriplegic. He was also intoxicated at the time.

Mr. Epps filed a lawsuit against CPH, Valley Crest and Mission Pools alleging, among other things, that there was inadequate signage warning users of the depth of the pool, that depth markers were faded, and that the “grey” color used for the lining of the pool obscured its depth.

At trial, Mission Pools lost to both Valley Crest and National Union and appealed.

Although Mission Pools appealed on several grounds, including that the  statute of limitations had run and that it was entitled to have a jury decide its case, the most interesting claim was based on Union National’s subrogation claim.

Subrogation is where an insurer, who has paid a loss on behalf of an insured, bring a claim against another person alleged to be responsible for that loss. Subrogation, or more specifically, equitable subrogation, may be brought against: (1) other parties who contributed to the harm suffered by a third party (Epps, in this case) under an equitable indemnity theory; or (2) other parties who are legally liable to the insured (Valley Crest, in this case) for the harmed suffered by a third party under a contractual indemnity theory. National Union brought its subrogation claim under the second theory on the ground that Mission Pools was legally liable to Valley Crest pursuant to the indemnity provision contained in their subcontract and, therefore, Mission Valley was similarly liable to National Union who paid for Valley Crest’s defense and settlement of Mr. Epp’s claim.

There are eight elements to prove equitable subrogation:

According to the Court of Appeal, the Valley Crest case only involved the seventh element of balancing the equities.

Relying heavily on Interstate Fire & Casualty Ins. Co. v. Cleveland Wrecking Co., 182 Cal.App.4th 23 (2010), the Court of Appeal explained that there are four factors considered by courts when balancing the equities (which, as you’ll read, will likely never favor the indemnitor):

The Court of Appeal’s decision can probably best be understood by its quote from Interstate Fire:

In our view, it is not a good idea to reward parties who refuse to fulfill their alleged indemnification obligations, particularly under the rubric that they are in as good or better an equitable position as the insurer that did fulfill its alleged indemnification obligation. We believe it is more prudent to permit subrogation, so that a party with an alleged contractual indemnification obligation will be encouraged to step up in the underlying case and either fulfill the obligation (and simplicity help settle the case) or resolve any dispute over the application of the indemnity obligation. If permitting subrogation to the insurer in any way results in a windfall (because the insurer that accepted premiums to insure against the loss may not shift the loss to the other indemnitor), it would be better for the windfall to go to the one that undisputedly fulfilled its contractual obligations, rather than the one that breached them.