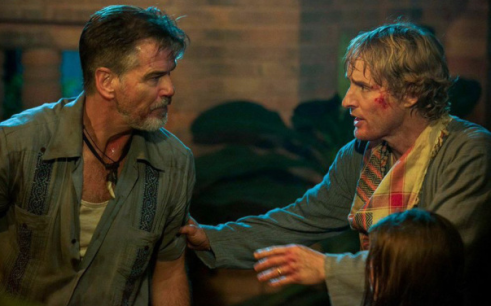 “No Escape” is a 2015 action movie starring Pierce Brosnan and Owen Wilson (that’s right, Owen Wilson) and which the folks at rogerebert.com described as “a dreadful…would-be thriller” and “low-grade trash.”

In reversing the trial court’s decision, the appellate court characterized ProBuilder’s “other insurance” clause as an “escape clause”—i.e., a clause that attempts to have coverage, paid for with the insured’s premiums, evaporate in the presence of other insurance.  Noting that California public policy disfavors such clauses, the appellate court adhered to the modern trend of requiring equitable contributions on a pro rata basis from all primary insurers regardless of the type of “other insurance” clause in their policies.  The appellate ruled that ProBuilder’s escape clause must be disregarded, and that Underwriters was entitled to seek equitable contribution for defense fees and costs it had paid, to avoid improperly imposing on Underwriters the burden of shouldering that portion of defense costs attributable to claims arising from a time when ProBuilders was the only liability insurer covering Pacific Trades.

So,  when it comes to “other insurance” clauses in CGL policies, the question of whether California courts will enforce them in equitable contribution actions between primary co-insurers in the construction defect context seems to be—like “No Escape”—not much of a thriller: Underwriters clarifies that where doing so would result in a contributing insurer covering a loss outside its policy period but within a noncontributing insurer’s policy period, the answer is a big two thumbs down.