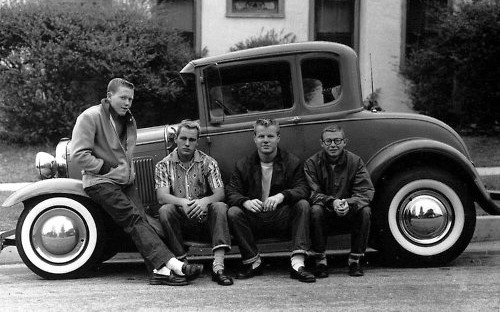 The following post originally appeared in my partner Kevin Brodehl‘s informative blog, Money and Dirt. If you’re involved in real estate investment, development and/or secured lending in California, it’s a must read. While Kevin’s post below discusses a case involving a real estate purchase agreement, it applies equally to construction contracts, perhaps even more so, since I can’t think of any other type of contract in which indemnity and integration clauses are as common, or as integral.

In the “boilerplate” worldview, these provisions are standard, generic, and basically all the same — integration clauses prohibit extrinsic evidence that would contradict the terms of the agreement, and indemnity clauses force the seller to protect the buyer from third party claims arising after closing.

But a recently published opinion by the California Court of Appeal (Fourth District, Division Three in Santa Ana) — Hot Rods, LLC v. Northrop Grunman Systems Corp. — clarifies that integration and indemnity clauses can have vastly different effects depending on how they are drafted.

For years, Northrop had operated the property as a manufacturing facility for floor beams used in Boeing 747 airplanes. The facility was closed in the mid-1990s.

Northrop undertook environmental testing and started negotiations to sell the property. Testing by Northrop’s consultant revealed some contamination in the soil and groundwater, but concluded that the property was not the source and recommended no remediation.

Northrop and Hot Rods executed a purchase and sale agreement in December 1995 which, unsurprisingly, contained integration and indemnity clauses.

With respect to the Seller’s ownership and/or operation of the Real Property including the acts or omissions of Seller’s employees, agents or contractors before or after the Closing, Seller hereby agrees to indemnify, defend … and hold the Buyer and Buyer’s lenders … harmless from and against any claims, demands, penalties, fees, fines, liability, damages, costs, losses, or other expenses including, without limitation, reasonable environmental consulting fees and reasonable attorney fees arising out of (a) any Environmental Action(s) and/or Remediation involving an environmental condition or liability involving the Real Property caused by an act or omission of Seller and its employees, agents and contractors before or after the Closing; (b) any personal injury (including wrongful death) or property damage (real or personal) arising out of Hazardous Materials used, handled, generated, transported, disposed, or released by Seller and its employees, agents and contractors at the Real Property before or after the Closing.

In November 1996, Hot Rods discovered an underground storage tank on the property and demanded that Northrop comply with its environmental indemnification obligations. Nortrop removed the tank, implemented a remediation plan, and reimbursed several of Hot Rods’ environmental-related expenses through 2008.

But starting in 2008, Northrop refused to pay for some of Hot Rods’ asserted costs, including a claim for loss of rental payments based on Hot Rods’ tenant delaying entry into a lease due to the ongoing remediation activities.

Hot Rods sued. The parties stipulated to a referee to decide the case.

Before trial, Northrop filed a motion in limine to exclude extrinsic evidence regarding the meaning of the agreement, pursuant to the integration clause. The referee denied the motion.

As such, at trial Hot Rods “introduced extensive testimony regarding preliminary negotiations, draft provisions, and evidence of the parties’ conduct after the agreement was executed.

The referee entered a judgment in Hot Rods’ favor for lost rent and indemnity expenses totaling $117,050, and an additional $1 million in damages for loss of use of the property.

The Court of Appeal’s Opinion

Northrop’s appeal successfully eliminated the $1 million award for loss of use, but that holding was based on evidentiary shortcomings specific to the trial presentation. The more interesting, and broadly applicable holdings, related to the integration and indemnity clauses.

As to the integration clause, the Court of Appeal held that the referee erred by admitting any extrinsic evidence.

This meant that the parties were barred from using extrinsic evidence even to merely “explain” the agreement’s language. The Court held: “Contracts must mean what they say, or the entire exercise of negotiating and executing them defeats the purpose of contract law — predictability and stability.”

As to the indemnity clause, the Court of Appeal rejected Northrop’s contention that the clause only applied to claims by third parties.

The Court also observed that the “entirety of the contract” made it clear that the environmental condition of the property was a primary concern of Hot Rods, and that Hot Rods “wanted to make certain that it would not be responsible for covering the costs of environmental problems or cleanup, either directly or indirectly, and that Northrop was willing to so guarantee.”

As a result, the Court affirmed the indemnity and lost rent award of $117,050 against Northrop.

Don’t rely on “boilerplate” integration or indemnity provisions. Tailor the language of those provisions to suit your interests, because the choice of language might decide the outcome of future litigation.