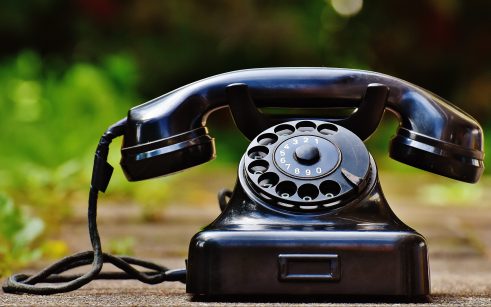 We’ve written before about the Right to Repair Act (Civil Code Sections 895 et seq.). The Act, also commonly known as SB 800 after the bill that established it, applies to newly constructed residential units including single-family homes and condominiums (but not condominium conversions) sold after January 1, 2003.

Among other things, the Act sets forth deadlines by which a builder must respond, or “acknowledge” (which is the term used in the Act), claims by homeowners. Specifically, the Act provides that a builder must acknowledge within 14 days of receipt, a claim from a homeowner that describes in reasonable detail the nature and location of claimed defects.

But is a builder required to acknowledge a claim within the 14 day deadline when the claim is less than clear? According to the Court of Appeals for the Fourth District the answer is yes.

Prior to filing the lawsuit, Blanchette served a notice of claims  under the Right to Repair Act. Blanchette’s notice of claims was sent by letter “no later than” February 2, 2016. The letter repeated, nearly verbatim, the minimum construction standards under the Act (e.g., “A door shall not allow unintended water to pass beyond, around, or through the door or its designed or actual moisture barriers, if any”).

Although the Court of Appeals didn’t describe what, specifically, was contained in Blanchette’s letter, it did state that the letter was “insufficient” under the Act, which requires that a claim be described “in reasonable detail sufficient to determine the nature and location, to the extent known, of the claimed violation.”

On appeal, GHA argued that because Blanchette’s letter did not describe the homeowners’ claims in “reasonable detail sufficient to determine the nature and location, to the extent known, of the claimed violation,”  Blanchette’s letter was like giving no notice at all.

The Court of Appeals disagreed. While acknowledging that the appeal raised a “novel issue” – because, while the Right to Repair Act requires that a claim be reasonably detailed, it is silent as to what happens if a Builder contends that a claim is insufficiently detailed – the Act “explicit[ly] provides that “[i]f a builder fails to acknowledge receipt of the notice of a claim within the time specified . . . the homeowner is released from the requirements of this chapter and may proceed with the filing of an action”:

Based upon our reading of the applicable statute, we conclude that where, as here, a claimant provides his or her name and address and a statement alleging violation of building standards, service of the notice will trigger the 14-day response time set forth in section 913. If a builder believes the notice is not sufficient to determine the nature and location of the claimed violation, the builder may within that 14-day period, bring the lack of specificity to the claimant’s attention. However, the requirement for specificity is not a ground upon which the developer may choose to ignore the notice of a defect and the 14-day time period within which it must respond.

[A] developer who unilaterally concludes the level of specificity in a notice is insufficient, and therefore concludes that it needs to respond within the 14-day period prescribed by statute, acts at its peril if later, it wishes to imply the inspection and settlement process otherwise mandated by statute.

Blanchette is going to cause builders of newly constructed residential homes to lose some sleep. While most builders, I’m sure, can live with the general proposition laid out in the case, it’s the specific language used by the Court of Appeals that would worry me. According to the Court of Appeals, so long as “a claimant provides his or her name and address and a statement alleging violation building standards, service of the notation will trigger the 14-day response time set forth in section 913″ (emphasis added).

Thus, it seems, that a claimant need not even mention that a claim is being brought under the Right to Repair Act or, perhaps, even be required to state generally or specifically what building standards have allegedly been violated. A claimant could therefore, arguably, just write “Hey, I think the house you built has a number of building standards violations,” and the builder would be required to respond within 14 days, or lose its right to engage in the Act’s prelitigation procedures. Customer service reps, have fun.

Also not addressed in the case, is whether the Court of Appeals would take the same view if a claimant failed to serve his or claim in the proper manner. Under the Act, a claimant is supposed to serve a claim by certified mail, overnight delivery, or personal delivery. What if it’s sent by regular mail or even email? A claimant could argue that under Blanchette only certain “explicitly” enumerated actions will result in non-application of the prelitigation procedures of the Act, and that failure to serve a claim in the proper manner isn’t one of them, sorry. Again, customer service reps, have fun.

One Response to “Call Me Maybe? . . . Don’t Waive Your Rights Under the Right to Repair Act’s Prelitigation Procedures”