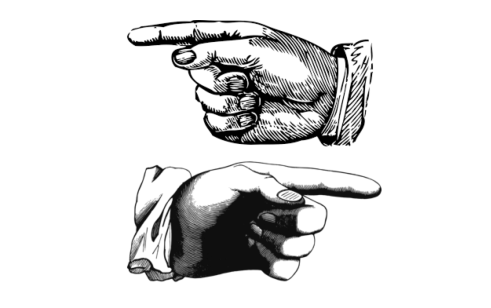 Gerardo Escobar, an employee of O’Donnell Plastering, Inc., was injured when he fell through a skylight at a construction project in Menlo Park, California.  O’Donnell was a second-tier subcontractor to Bayside Interiors, Inc., which was in turn  a subcontractor to Oltmans Construction Company, the general contractor on the project.

On April 13, 2013, Dennis Raia, an Oltman employee, was cutting a skylight on the roof of the building when Oltmans’ project superintendent instructed him to stop work and secure the opening because debris was falling on the workers below. Raia placed a wooden frame with wire mesh over the opening but did not secure it to the roof. Later, on April 17, 2013,  before Raia had returned to complete the job, Escobar came to the jobsite to erect scaffolding. While erecting the scaffolding, Escobar climbed onto the roof and while walking there fell through the opening. Escobar was not wearing fall protection gear.

Escobar filed suit against the project owner and Oltmans alleging that Oltmans negligently left an unsecured skylight opening in the roof. Oltmans in turn filed a cross-complaint against Bayside and O’Donnell alleging that it was entitled to contractual indemnity from each of them and that Bayside had breached its contractual obligation to provide certificates of insurance certifying that Oltmans was an additional insured under liability policies required from subcontractors.

The subcontract between Oltmans and Bayside contained the following indemnity provision:

[Bayside] shall, to the fullest extent permitted by law, indemnify, defend, protect and hold harmless [Oltmans] . . . from and against each and all of the following: (a) Any claims . . . arising out of (i) the scope of work of [Bayside], or (ii) the breach of obligations of [Bayside] arising from the scope of work under this subcontract . . ., or (iv) any other act or omission arising out of the work of [Bayside or its] sub-subcontractors . . . resulting in or alleged to have resulted in . . . bodily injury . . . . The indemnification and defense required by this Paragraph 11(a) shall apply in all described matters herein except to the extent the claims arise out of, pertain to, or relate to the active negligence or willful misconduct of the contractor parties . . . , or to the extent such obligation is inconsistent with the provisions of California Civil Code 2782.05.

The subcontract between Oltmans and Bayside further provided:

Oltmans appealed and the Court of Appeals reversed the trial court.

On appeal, the Court of Appeals explained that “where, as here, the parties have expressly contracted with respect to the duty to indemnify, the extent of that duty must be determined by the contract and not by reliance on the independent doctrine of equitable indemnity.”

[T]he question whether an indemnity agreement covers a given case turns primarily on contractual interpretation, and it is the intent of the parties as expressed in the agreement that should control. When the parties knowingly bargain for the protection at issue, the protection should be afforded. This requires an inquiry into the circumstances of the damage or injury and the language of the contract; of necessity, each case will turn on its own facts. Thus . . . an indemnity provision that does not refer to the issue of the indemnity’s negligence will be considered to be a general indemnity clause under which the indemnity is not entitled to indemnity for its active negligence, unless the circumstances of the case and language of the contact evince a different intent by the parties.

And, here, the indemnity provision in the Oltmans-Bayside subcontract was not a general indemnity clause because it did address the negligence of Oltmans and provided that Bayside would indemnify Oltmans “except to the extent . . . [of] the active negligence or willful misconduct of [Oltmans].” Thus, held the Court:

The indemnity provision in the present case makes unmistakably clear that the parties intended to limit the indemnity Oltmans’ right to indemnification for liability arising out of the scope of the indemnity Bayside’s work only “to the extent” the claims arose out of Oltmans’ active negligence or willful misconduct. Had the parties intended to prohibit Oltmans from obtaining any indemnification if it was actively negligent, that prohibition could have been stated simply and straightforwardly. Rather, the provision limits the right to indemnification only “to the extent” of Oltmans’ active negligence, and no more.

Moreover, explained the Court, the Oltmans-Bayside indemnity provision specifically referenced Civil Code section 2782.05, which provides (as applicable to the case) that “provisions affecting any construction contract and amendments thereto entered into on or after January 1, 2013 that purport to insure or indemnify . . . a general contractor . . . by a subcontractor against liability for claims of death or bodily injury to persons . . . are void and unenforceable to the extent the claims arise out of, pertain to, or relate to the active negligence or willful misconduct of that general contractor.”

“The purpose” of Section 2782.05 according to its legislative history, further explained the Court, “was to apportion liability on an equitable basis in proportion to the fault of the various parties.” Thus, held the Court, “[t]o the extent he negligence of Bayside’s sub-subcontractor contributed to the injury of is employee, as Oltmans has alleged, denying Oltmans indemnification for the portion of any liability it may occur attributable to that fault would be inconsistent not only with the language of the contractual indemnity provision but with the purpose behind section 2782.05.

Oltmans is a clear win for general contractors and other indemnitees who have broad indemnity (and defense) provisions in their design and construction contracts limited only by statutory anti-indemnity language.

While the Court of Appeals stated that if the parties had intended to prohibit Oltmans from obtaining indemnity if it was actively negligent, that such a prohibition “could have been stated simply and straightforwardly,” it gave no example of such language. Ostensibly, it could be done by clarifying that an indemnitee is entitled to indemnity “except to the extent a claim arises out of an indemnitees’ active negligence or willful misconduct, whether solely or otherwise.” Whether such language or similar language would be sufficient, however, will likely have to wait for another decision.