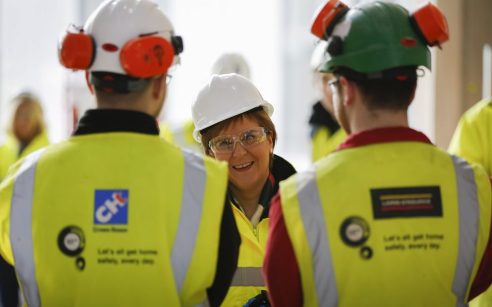 Perhaps it was only apropos. This past month, President Trump, former reality show host of The Apprentice, signed an executive order calling for more money and a bigger role by private companies in designing federal apprenticeship programs.

The federal government and many states including California have apprenticeship programs designed to provide a pathway for individuals to enter into the workforce. In California, with limited exceptions, public works project valued at $30,000 or more are required to use apprentices.

The executive order also directs the Secretary of Labor, in consultation with the Secretaries of Education and Commerce, to “consider” adopting regulations permitting private industry groups, including, trade and industry groups, companies, non-profit organizations, unions and joint labor-management organizations, to develop their own apprenticeship programs under broad standards to be set by the U.S. Labor Department.

And, finally, the executive order:

One Response to “President Trump Issues Executive Order on Apprenticeships”