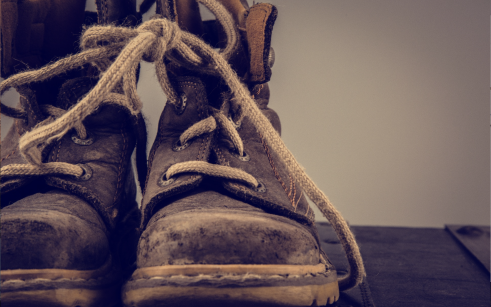 The history of asbestos regulation in the United States is complicated. Prior to the 1970s, asbestos-containing materials used in construction was widespread.

In 1971, when the U.S. Environmental Protection Agency issued an emissions standard for asbestos as part of the Clean Air Act. In 1972, the EPA extended this regulation to an occupational standard and, over the next decade, the EPA together with the U.S. Occupational Safety and Health Administration and the U.S. Consumer Product Safety Commission issued a wide array of regulations aimed at asbestos.

Finally, in 1989, the EPA enacted the “Asbestos Ban and Phaseout Rule,” which would have eliminated nearly 94 percent of all asbestos-containing products. However, the ban and phaseout was overturned in 1991 by the Fifth Circuit Court of Appeals in Corrosion Proof Fittings v. EPA (5th Cir. 1991) 947 F.2d 1201, on the grounds that the EPA had not considered alternative regulations short of prohibition.

While an outright ban on asbestos failed in the U.S., the use of asbestos has been curtailed significantly over the years, primarily due to asbestos litigation, which continues today.

The next case, Petitpas v. Ford Motor Company, Case No. B245037 (July 5, 2017), discusses the breadth these asbestos cases can take and how crazy these cases can get in terms of the evidence.

In Petitpas, husband and wife Marline and Joseph Petitpas sued Ford Motor Company, Exxon Mobil Corporation, Rossmoor Corporation and others alleging that exposure to asbestos through Joseph’s work resulted in “secondary exposure” of asbestos by Marline.

According to Marline, she watched Joseph do brake work on a total of seven to ten cars at the Enco station, and while should couldn’t recall the make or model of those cars, the work created dust which she breathed in. Marline also testified stat she watched Joseph clean up at the end of the day, which involved blowing or sweeping the floor, which also created dust which she breathed in. And finally, according to Marline, while she and Joseph were dating, Joseph would wear his Enco service shirt when they went out after work and, after they were married, Marline would wash Joseph’s uniform.

Later, Joseph went to work for Rossmoor as a draftsman. At the time, Rossmoor was building Leisure World, a large retirement community in Walnut Creek, California. While at Rossmoor, Joseph would visit the construction site as part of the work. He typically spent an hour to an hour and a half at the project site. At first, he drove his own car to the site, and later he used a company car for visits. Leisure World used gypsum drywall, joint compound, textured ceiling material and stucco at the project.

According to Joseph, they owned one car, and once or twice a week Marline would drive him to work in the morning and pick him up in the evening. When Marline would pick up Joseph they would typically hug one another. Joseph also occasionally came home for lunch. Joseph testified that before he left a construction site he might stomp his feet or brush off his pants if dusty, but that it was “very possible” that dust from the construction site might be on his lower pants at the end of the day. With the exception of Joseph’s slacks, Marline would wash Joseph’s shirts, socks and underclothes. In addition, on occasion, according to Joseph, he would show Marline the partially completed buildings while no one was around.

According to the Petitpas’ experts, numerous studies had connected asbestos to lung disease, that asbestos from joint compound, textured ceilings and brakes can cause mesothelioma, and that each exposure to asbestos raised Marline’s risk of developing mesothelioma.

Following the Petitpas’ presentation of their case at trial, Rossmoor moved for non-suit (note: a motion for non-suit is a motion presented by a defendant after a plaintiff has presented its case at trial contending that the plaintiff has failed to prove each element of its causes of action) contending that it owed no duty to protect family members of workers working in an environment with asbestos, arguing that it was irrelevant whether such exposures occurred “from laundering the clothes, from riding in the same automobile as someone who was directly exposed or giving someone a hug in the parking lot by the office.”

Rossmoor also contended that there was no evidence that Marline was directly exposed to asbestos at the Leisure World project site, arguing that “there is no testimony that they were at the house at the time that the construction work was going on and/or that they  were even on the premises at the time that construction work was going on where there was any  potential release of asbestos fibers” and that “Mrs. Petitpas specifically testified that, when she walked into the house, she didn’t see any dust.”

In response, the Petitpas’ responded that expert testimony had showed “that the nature of respirable asbestos fibers are, in fact, microscopic and invisible to the naked eye,” that only specialized testing can demonstrate if there are asbestos fibers in the air, and because the houses were under construction at the time “that asbestos and asbestos dust, asbestos laden dust was in the structures. And . . . it doesn’t go out. So there doesn’t need to be someone actively doing work for asbestos exposures to occur.”

The trial court granted Rossmoor’s motion and the Petitpas’ appealed.

On appeal, the Court of Appeal explained that the California Supreme Court, in the recently decided case Kesner v. Superior Court (2016) 1 Cal.5th 1132, had held that companies can be held liable for “secondary exposure” if asbestos from a job site causes someone in a worker’s home to become sick.

However, held the Court, “in the context of a cause of action for asbestos-related latent injuries, the plaintiff must first establish some threshold exposure to the defendant’s defective asbestos-containing products, and must further establish in reasonable medical probability that a particular exposure or series of exposures was a ‘legal cause’ of his injury, i.e., a substantial factor in bringing about the injury.”

Rather, explained the Court of Appeals “”[a] possible cause only becomes ‘probable’ when, in the absence of other reasonable causal explanations, it becomes more likely than not that the injury was a result of its action.” And, here, while the Petitpas’ expert had testified that exposure <em>could</em> have occurred if Marline shook visible dust from Joseph’s clothing or if Joseph dusted off his pants in the presence of Marline, no one testified that either of these hypothetical scenarios had in fact occurred.

For those involved in the construction industry, Petitpas is warning that your duty to your workers can extend to their household members as well. The case is also illustrative of the breadth of evidence considered in such cases – possibilities versus probabilities – and degree to which the strength of a plaintiff’s evidence is dependent on the testimony of the plaintiffs themselves. After all, the case could have easily turned the other way had either Mr. or Mrs. Petitpas testified that it was likely that Joseph had dusted off his pants in front of Marline.