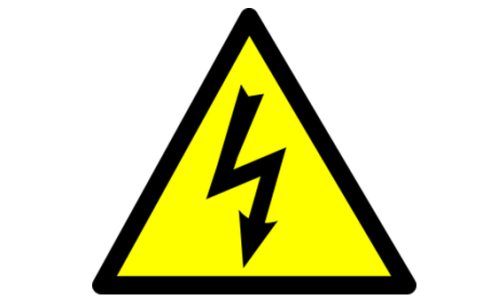 CC0 Creative Commons. Free for commercial use. No attribution required.

The Privette doctrine, named after the court case Privette v. Superior Court (1993) 5 Cal.4th 689, provides that a higher-tiered party such as an owner or general contractor is not liable for injuries sustained by employees of a lower-tiered party such as a subcontractor on a construction project. There are, however, exceptions to the Privette doctrine. One of these exceptions is known as the “retained control doctrine.”

In 2013, TransPower was hired by Qualcomm to upgrade the amperage of certain  components of its power generation system, called “bus bars,” from 1,200 amps to 2,000 amps. Firouz Sharghi, the president of TransPower, inspected the breaker system to see if the bus bars were rated to handle 2,000 amps or if they needed to be upgraded. Unable to see the bus bars inside the panel, TransPower contacted ROS, who sent Sandoval for a second inspection.

After the Qualcomm employees left the room, Sharghi directed Guadana, who was wearing personal protective equipment, to remove a panel on the utility side of the breaker. The utility side was still energized but Sandoval was not told that it was. While Sharghi got below the breaker to photograph the bus bars from behind the removed panel he heard a booming sound and a scream. When he came out, he saw Sandoval covered in blue flames from an arc flash that had occurred from the backside of the breaker where the panel had been removed.

Sandoval later filed suit against Qualcomm, TransPower and ROS. At trial, Qualcomm argued that it was immune from liability under the Privette doctrine and, further, that it had not retained control over the safety conditions since Qualcomm employees had told Sharghi that half of the breakers were energized, had not authorized Sharghi to remove the panel on the utility side of the breaker, and were not in the room when Sandoval was injured by the arc flash.

Nevertheless, the jury found that Qualcomm had negligently retained control over the safety conditions and awarded more than $1 million in economic damages and $6 million in noneconomic damages findingthat Qualcomm was 46 percent at fault, TransPower was 45 percent at fault, and Sandoval was 9 percent at fault. Qualcomm filed a motion for directed verdict asking the judge change the jury’s verdict and also filed a motion for new trial based on apportionment of liability. The trial court denied Qualcomm’s motion for directed verdict but granted Qualcomm’s motion for new trial on the ground that the apportionment of fault between Qualcomm and TransPower was excessive because the facts did not support that TransPower was less liable than Qualcomm.

On appeal, the Court of Appeal found that an earlier opinion it had issued was informative, Regalado v. Callaghan (2016) 3 Cal.App.5th 582. In Regalado, a homeowner, who himself was a licensed subcontractor, acted as an owner-builder on a pool project at his home. He had a pool contractor install a concrete vault underground to hold propane. A year later, he had a second pool contractor install a propane tank in the vault. Neither the homeowner nor the pool contractor read the instruction manual which said not install the tank in a pit because of the risk of explosion. When one of the pool contractor’s employees turned on the propane tank it exploded.

Here, held the Court of Appeals, while Qualcomm’s employees informed Sharghi that certain breakers had been de-energized but others had not, “that such information needed to be given not only to the contractor or subcontractor, but also to its respective employees who would be working in the switchgear room”:

Although [a Qualcomm employee] during the safety briefing told everyone, including Sandoval, that certain segments of the switchgear remained energized and later, after the lockout/tagout procedure, used his hand to show Sharghi which breakers remained energized and which were de-energized, there is no record evidence that [the Qualcomm employee] specifically gave Sandoval this information once they were all inside the mezzanine, just prior to TransPower’s inspection. We conclude this evidence alone is substantial, supports the jury’s finding Qualcomm negligently exercised its retained control over the safety conditions at the worksite, and warranted denial of Qualcomm’s [motion for directed verdict].

Sandoval puts hirers in a precarious position. While I don’t disagree that the retained control doctrine should apply to both affirmative acts as well as negative omissions to act, the Court of Appeal’s conclusion that Qualcomm’s employees had an obligation to inform TransPower and ROS that certain breakers “were hot and others not” as well their specific employees at the job site, creates some very real practical concerns.

What I think is clear, however, is that we are going to see beefier defense and indemnity clauses even in simple service contracts.