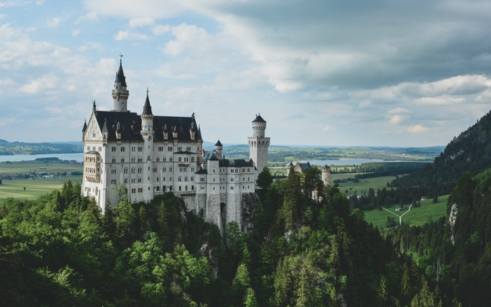 Before the Kardashians, before Empire, before Crazy Rich Asians there was Lifestyles of the Rich and Famous with Robin Leach. The next case, Moore v. Teed, Case No. A153523 (April 24, 2020), 1st District Court of Appeals, is about the unfulfilled wishes and dashed dreams of the $13 million dollar “fixer upper.”

Justin Moore just wanted to buy a house in San Francisco. But he couldn’t afford one in the neighborhoods he preferred. But in 2011, luck struck, when Moore met Richard Teed, a real estate agent with “over 25 years of experience as a building contractor,” “an extensive background in historic restorations” and a “deep understanding of quality construction.” Teed told Moore that he could locate a “lower-priced fixer-upper in a choice neighborhood and then renovate it.” Moore was sold.

In May 2011, following Teed’s advice, Moore, with significant financial help from his father, bought a 1912 “fixer-upper” in the Pacific Heights neighborhood of San Francisco for $4.8 million. Yes, that’s a four, followed by a period, followed by an eight . . . million. According to Teed, for a mere $900,000, Teed and his team of construction professionals could deliver Moore the house of his dreams at a fraction of the cost it would have otherwise cost Moore.

From there, Moore, at the recommendation of Teed, hired architect Gregg De Meza to design the renovations as well as two engineering firms recommended by Teed. Although Moore signed contracts with De Meza and the engineering firms, Moore did not sign a contract with Teed, who told Moore that he “didn’t need contracts; that this is what he did. This is how he built his reputation.”

When the project went out to bid, bids came in from $1.6 million to $2.4 million. Teed told Moore that he would work with De Meza to get the project back within budget. Thereafter, Teed’s team of contractors gutted large parts of the house, excavated the lot and built most of the foundation. The foundation, however, was defective. It lacked waterproofing despite the property’s high water table. Teed was starting to sink.

Due to numerous defects discovered during the course of construction, Moore halted all work on the project and terminated De Meza. Thereafter, Moore’s father engaged consultants to examine the foundation. They concluded, despite strong resistance from Teed, that the foundation had to be torn out and replaced. By then, Moore had paid approximately $265,000 of the $900,000 of the promised costs of the renovations. Oh yeah, Teed also wasn’t a licensed contractor.

In 2013, Moore filed suit against Teed and others for breach of contract, intentional misrepresentation, negligent misrepresentation, negligence, breach of fiduciary duties, negligence per se, violation of Business and Professions Code section 17200, professional negligence, and recover against license bonds. While quite a laundry of list of claims, interestingly, they didn’t sue Teed under Business and Professions Code section 7031.

Moore later hired a new architect and general contractor. The defective foundation was demolished and replaced, and while Moore and his father expanded the renovation beyond what Teed had originally proposed, by the time the house was completed renovation costs had reached approximately $9 million. Yes, 9 million, for a total out of pocket cost of nearly $13 million for this 1912 “fixer upper.”

At trial, Moore’ expert witness testified that the cost to complete Teed’s proposed renovations were much higher because Teed’s estimate had been unrealistically low and construction costs had gone up. According to Moore’s expert witness, De Mesa’s design would have cost $4,477,249 to build in 2011-2012 and the foundation alone should have been priced at $620,000 rather than $200,000.

In closing argument, Moore’s counsel told the jury: “The first category of damage that Mr. Moore is entitled to from Mr. Teed is the difference between the renovation’s promised cost – that’s the $900,000 for the construction – and the cost calculated to do that work in 2011-2012.” This amount, according to Moore’s counsel was $3,842,160, plus an additional $693,000 for increased costs due to delays in the renovation work.

Teed’s counsel argued that there was never a promise for a $900,000 remodel and that the damages alleged by Moore did “not represent any loss that was actually sustained by the plaintiff in the real world.” “What it really is,” argued Teed’s counsel, “is free money that is fabricated out of thin air, and we don’t think that you should award any.”

The jury did, and found for Moore on all claims except for Moore’s breach of contract claim. It awarded Moore the difference between the renovation’s promised costs and the actual costs to do the same work using 2011-2012 rates. The jury also awarded Moore $104,498 in increased costs due to delay, out-of-pocket costs of $822,904 to replace the foundation, and $106,920 for loss of use of the property.

Following the jury verdict, the trial court awarded Moore attorneys’ fees of $2,114,434, based on the jury’s finding that Teed had violated Business and Professions Code Section 7160, and costs of $104,498. After deducting for offsets based on Moore’s settlements with other defendants, judgment was entered against Teed for $3,153,254. Ouch.

On appeal, Teed attacked the judgment on several grounds. First, Teed argued that the jury could not award both the difference between the promised renovation costs of $900,000 and the actual costs to do the same work in 2011-2012 (also known as benefit-of-the-bargain damages) in addition to the cost of to replace the foundation (also known as out-of-pocket damages). The Court of Appeals disagreed.

The Court of Appeals explained that “[t]here are two measures of damages for fraud: out-of-pocket and benefit of the bargain.” “The ‘out-of-pocket’ measure of damages,” explained the Court, “is directed to restoring the plaintiff to the financial position enjoyed by him prior to the fraudulent transaction, and thus awards the difference in actual value at the time of the transaction between what the plaintiff gave and what he received.”

“The ‘benefit-of-the-bargain’ measure, on the other hand,” explained the Court of Appeals, “is concerned with satisfying the expectancy interests of the defrauded plaintiff by putting him in the position he would have enjoyed if the false representation relied upon had been true; it awards the difference in value between what the plaintiff actually received and what he was fraudulently led to believe he would receive.”

Noting that there was a split of authority as to whether benefit-of-the-bargain damages are recoverable for fraud claims involving real property transactions, even when the fraud is perpetrated by a fiduciary, the Court of Appeals held that “the majority of courts have concluded that benefit-of-the-bargain damages are recoverable in fraud actions where a fiduciary induces an individual to purchase, sell, or exchange real property to their detriment.”

Siding with the majority of courts, the Court of Appeals held that the jury could award benefit-of-the-bargain damages, and would not disturb the jury’s finding that the only way to fully compensate Moore for the detriment caused by Teed’s misrepresentations that he and his team of experienced contractors could deliver a quality remodel for only $900,000, was to award Moore the additional cost necessary to accomplish the promised renovations. Further, held the Court, because Teed had not requested a special verdict form segregating the elements of damages, “we cannot determine from the record whether the jury awarded damages for the defective foundation as part of its $900,000 benefit-of-the-bargain award.” Thus, held the Court, Teed had forfeited this argument on appeal.

Finally, Teed argued that attorney’s fees should not have been awarded under Business and Professions Code Section 7160 because the jury had found in his favor on Moore’s breach of contract claim. Section 7160, which is part of the Contractors State License Law, provides:

Any person who is induced to contract for a work of improvement, including but not limited to a home improvement, in reliance on false or fraudulent representations or false statements knowingly made, may sue and recover from such contractor or solicitor a penalty of five hundred dollars ($500), plus reasonable attorney’s fees, in addition to any damages sustained by him by reason of such statements or representations made by the contractor or solicitor.

Noting that “statutory provisions regulating contractors are to be broadly construed,” the Court of Appeals held that whether or not the jury believed there to have been a contract between Moore and Teed  was irrelevant, because “section 7160 permits an attorney fee award against a defendant who fraudulently induces a person to enter into home improvement contracts with his confederates.” Further, explained the Court, Business and Professions Code section 7026 broadly defines the term “contractor” to include anyone who “offers to undertake” or “purports to have the capacity to undertake” or who undertakes work requiring a contractor’s license “by or through others.” Thus, held the Court, Teed fell within the definition of a “contractor” as used in Business and Professions Code Section 7160.

To me, Moore is an interesting case in two respects. First, it involves a situation I’ve seen before, where a professional in one line of business (e.g., architecture, engineering, interior design, real estate brokers and salespersons), as a “value add” for his or her client, sometimes legitimately and sometimes not, performs work requiring a contractor’s license without realizing the breadth of Business and Professions Code section 7026. In other words, you don’t need to be out swinging hammers to be deemed a “contractor,” and, thereby, be required to hold a contractor’s license under Section 7026.

Second, it’s the first time I’ve run across Business and Professions Code Section 7160 in a case. While I think a bit more research on my end is required, it would appear that Section 7160 might be a way to recover attorneys’ fees against a party even if the contract does not contain an attorneys’ fee provision (or there is no contract, as was the case in Moore), since one could argue in a case against an unlicensed contractor that he or she was “induced” to enter into the contract thinking that the person was licensed to perform the work agreed to. It certainly seems to be the case.