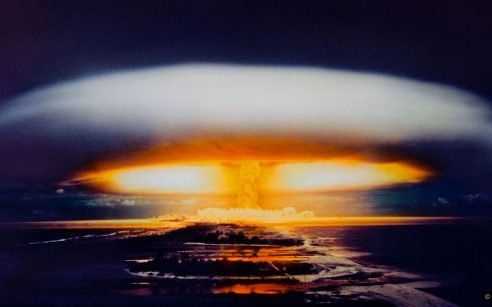 However, until now, no court has addressed when a project owner is permitted to raise a Business and Professions Code section 7031 claim against a contractor. In the next case, Eisenberg Village of the Los Angeles Jewish Home for the Aging v. Suffolk Construction Company, Inc., Case No B297247 (August 26, 2020), the 2nd District Court Appeal finally answers this question.

In 2007, project owner Eisenberg Village of the Los Angeles Jewish Home for the Aging entered into a construction contract for construction of a senior home with contractor Suffolk Construction Company, Inc. Suffolk completed its work in June 2010 and Eisenberg paid Suffolk just over $49 million.

After residents began to move into the senior home problems developed with the hot water supply. The hot water was above the level allowed by law and the California Department of Social Services ultimately issued a citation. Suffolk agreed to work with Eisenberg to try to fix the problem.

In June 2013, Eisenberg filed a complaint against the project architect, DLR, for breach of contract and negligence alleging issues with the HVAC system, hot water delivery system, plumbing, and plumbing fixtures. Eisenberg did not sue Suffolk because Suffolk had agreed to try to fix the problem. While Suffolk tried to fix the problem, Eisenberg and Suffolk entered into a tolling agreement. The tolling agreement expired in 2014.

In March 2014, Eisenberg amended its complaint to add Suffolk as a defendant alleging the same breach of contract and negligence claims it had alleged against DLR and in May 2015 added a claim for disgorgement against Suffolk under Business and Professions Code section 7031 on the ground that Suffolk’s qualifier, Gregory Hescock, who had moved from Suffolk’s Irvine office to Suffolk’s Boston office in 2008, did not exercise “direct supervision and control” over the project in violation of Business and Professions Code section 7068. In short, that Hescock was a “sham qualifier.”

After an unsuccessful demurrer filed by Suffolk as to the disgorgement claim and an unsuccessful motion for summary judgment filed by Eisenberg on the same claim, Suffolk filed a motion for summary judgment claiming that Eisenberg’s disgorgement claim was time barred because it was not brought within one year of the time Eisenberg filed its claim against Suffolk under Code of Civil Procedure section 340 which provides for a one-year statute of limitations for actions under a statute providing for penalties or forfeiture.

On appeal, Eisenberg argued that Code of Civil Procedure section 340 and that a three or four-year statute of limitation should apply because:

Eisenberg further argued, that even if a one-year statute of limitation applied,  it was not aware that Hesckock had moved from Irvine to Boston until it received this information through discovery in 2014.

The Court of Appeal, finding that Business and Professions Code section 7031 should be construed as a statute providing for a penalty as opposed to restitution (i.e., the return of money improperly taken), and that the one-year statute of limitation under Code of Civil Procedure 340 applied to disgorgement claims under Section 7031, explained:

Eisenberg contends that section 7031(b) disgorgement is not a penalty, but rather is restitution. In making this contention, it points to the Supreme Court’s definition of restitution in Clark v. Superior Court (2010) 50 Cal.4th 605 (Clark): “The word `restitution’ means the return of money or other property obtained through an improper means to the person from whom the property was taken. [Citations.] `The object of restitution is to restore the status quo by returning to the plaintiff funds in which he or she has an ownership interest.’ The Supreme Court contrasted restitution, which it noted “is not a punitive remedy” (ibid.), with a penalty, which it described as “a recovery `”without reference to the actual damage sustained.”‘”

When viewed in this context, it is clear that the disgorgement provided in section 7031(b) is a penalty. It deprives the contractor of any compensation for labor and materials used in the construction while allowing the plaintiff to retain the benefits of that construction. And, because the plaintiff may bring a section 7031(b) disgorgement action regardless of any fault in the construction by the unlicensed contractor, it falls within the Supreme Court’s definition of a penalty: “a recovery `”without reference to the actual damage sustained.”‘” Accordingly, we hold that CCP 340(a), the one-year statute of limitation, applies to disgorgement claims brought under section 7031(b).

Addressing first the “discovery rule,” which provides that a statute of limitation period does not begin to accrue “until the plaintiff discovers, or has reason to discovery, the cause of action,” the Court of Appeal held that the “discovery rule” does not apply to disgorgement claims under Business and Professions Code section 7031:

In light of the equitable basis for the discovery rule, it makes little sense to apply the rule to claims for disgorgement under section 7031(b). A section 7031(b) claim does not require that the plaintiff suffer any injury, or at least an injury in the sense used by the courts to justify an equitable exception to the ordinary rules of accrual. The fact that a contractor does not have a valid license does not, by itself, cause the plaintiff harm (other than, perhaps, some sort of psychic harm in knowing that he or she hired someone who was not in compliance with the law). Moreover, the disgorgement mandated by section 7031(b) is not designed to compensate the plaintiff for any harm, but instead is intended to punish the unlicensed contractor. Thus, holding that the discovery rule does not apply to section 7031(b) claims does not produce a harsh result for plaintiffs. To the extent a plaintiff does suffer an injury caused by an unlicensed contractor that is not easily or immediately discoverable, the discovery rule would continue to apply to other claims seeking recovery for any damages the plaintiff suffered.

In contrast, if we were to hold that the discovery rule applied, it would be nearly impossible to formulate rules for its application that could be consistently applied while staying true to the policies underlying statutes of limitation, i.e., “protecting parties from `defending stale claims, where factual obscurity through the loss of time, memory or supporting documentation may present unfair handicaps’ . . . [and] stimulat[ing] plaintiffs to pursue their claims diligently.” Since section 7031(b) does not require any injury to the plaintiff, what kinds of facts would give rise to a reason to suspect a factual basis for the claim? If the plaintiff has no duty to investigate whether the contractor was properly licensed absent some sort of facts that would put him or her on notice, there would be, in effect, no time limitation at all in most cases.

Having determined that the “discovery rule” does not apply, the Court of Appeal held, without much analysis, that a disgorgement claim under Business and Professions Code section 7031 accrues or begins to run “when an unlicensed contractor completes or ceases performance of the act or contract at issue.” And, here, explained the Court, Suffolk completed its work on the project in June 2010, and while it performed additional work to remedy the hot water issue in 2012, and while it is unclear “whether such work would be considered to be work under the original Contract or under a new agreement,” Eisenberg did not allege its disgorgement claim under May 18, 2015.

Eisenberg is a hugely important case for project owners. At present, it is the only case addressing the statute of limitations applicable to disgorgement claims under Business and Professions Code section 7031, and while there is the possibility that another court of appeal could find differently, at least for now Eisenberg is the law of the land in California. A couple of important take-aways for contractors and project owners.