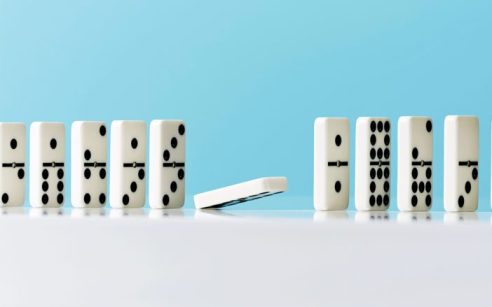 Fodor Construction in turn hired subcontractor Caliber Paving Company, Inc. to perform the repaving work. The subcontract divided the parking lot into four areas, with separate costs to repave each area, and Caliber completed its work in one area in June 2017.

According to Caliber, it was prevented from beginning work on September 11, 2017 due to trucks and trailers parked on the job site, that Fodor Construction agreed to reschedule the work to September 14 and 15, 2017, and that while the “move on” charge was authorized under its subcontract that Fodor Construction kicked Caliber off the job after being told that “Rexford wanted Caliber off the job.”

Caliber later sued Fodor Construction for breach of contract as well as Rexford for intentional interference with contract. Rexford in turn filed a motion for summary judgment arguing that: (1) it was not a stranger to the contract and therefore could not be sued for interfering with it; and (2) Caliber’s evidence to prove Rexford interfered with the contract was inadmissible double hearsay.

While ruling that Caliber’s evidence did not constitute double hearsay because they each fell within an exception to the hearsay rule, the trial court granted Rexford’s motion for summary judgment finding that intentional interference with contract applies where an non-contracting party with “no legitimate social economic interest in [a] contractual relationship” intentionally interferes with the contractual relationship with others, and that here “[I]t is hard to envision where the alleged party does not have a more direct economic interest in a contract than one between its general contractor and a subcontractor over how the property is improved.”

On appeal, the 4th District Court of Appeal, reversed.

While acknowledging that the Courts of Appeal have grappled with the meaning of Applied Material, the Court of Appeal ultimately concluded that “a defendant who is not a party to the contract or an agent of a party to the contract is not immune from liability for intentional interference with contract by virtue of having an economic or social interest in the contract,” because without potential liability a noncontracting party, including one claiming a social or economic interest in the contractual relationship, has no “incentive to refrain from interfering with the contractual relationship.”

So, there you have it. Higher tiered parties on a construction project can be liable for interference with contract, even though they may have a social or economic interest in the contract between lowered-tiered parties, if they intentionally interfere with that contract.