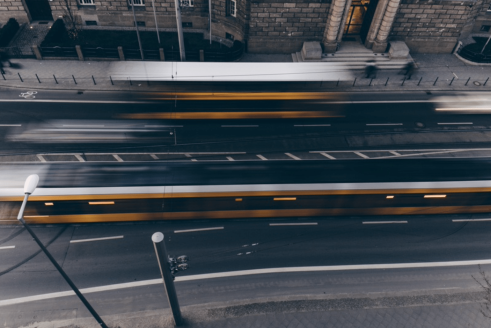 This past week, President Biden unveiled his American Jobs Plan, a $2.3 trillion dollar plan to upgrade the nation’s infrastructure over 8 years.

As we wrote about this past month, the American Society of Civil Engineers recently issued its 2021 Infrastructure Report Card which gave the country’s infrastructure a cumulative grade point average across several areas including roads, public transportations and schools of a disappointing C-. According to a White House fact sheet on the American Jobs Plan, while the United States is the wealthiest county in the world it currently ranks 13th when it comes to the overall quality of its infrastructure.

Infrastructure spending at the federal level has historically been paid for through the gas tax. Currently, that tax is 18.4 cents per gallon for gasoline and 24.4 cents per gallon for diesel. The last time the federal gas tax was increased, however, was nearly 30 years ago in 1993. The reason for this long hiatus? Voter backlash and backlash by big businesses whose fleets still primarily rely on fossil fuels and diminishing returns as the number of electrical and hybrid vehicles increasingly hit the streets.

Biden’s $2.3 trillion dollar plan, rather than relying on an increase in the federal gas tax, would instead increase the corporate tax rate from its current 21% to 28%. The plan would also discourage companies from moving operations overseas by, among other things, increasing the offshore tax rate, also known as the global intangible low-taxed income or GILTI tax rate, to 21%. Costs of the plan are expected to be offset over 15 years through the additional tax revenue.