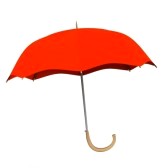 As one construction defect insurer found out, simply chipping in, doesn’t mean having chipped in enough. In St. Paul Mercury Insurance Company v. Mountain West Farm Bureau Mutual Insurance Company, Case No. B229345 (October 25, 2012) , the California Court of Appeals for the Second District held that an insurer’s contribution to a settlement in a construction defect lawsuit did not shield it from an equitable contribution claim by another insurer.

Four Seasons terminated Jacobsen from the project and Jacobsen sued Four Seasons for breach of contract. Four Seasons in turn cross-complained against Jacobsen alleging numerous construction defects which included “[i]nstallation of defective non-conforming work,” “defective and incomplete installation of exterior wood finishes,” “out of plumb, out of square and/or out of level interior walls,” and “defective and deficient installation of framing, drywall, millwork, and paint at Area 6.” Jacobsen then tendered defense of the cross-complaint to every insurer which had issued a certificate of insurance on the project, as well as to each insurer which had issued an additional insured endorsement on behalf of subcontractor’s on the project whose work was allegedly defective. Mountain West was one of those insurers, however, it refused to accept the tender.

The construction defect lawsuit was later resolved in a two phase settlement. The first phase settled the siding and interior drywall issues and problems with wavy walls and improperly installed balconies in both the hotel and condominiums. Although the settlement of the siding arose out of Teton’s framing work, Mountain West did not participate in the settlement, and St. Paul contributed $1 million to the settlement. The second phase settled the remaining construction defect claims, including the roofing and roof edge issues, which also arose out of Teton’s framing work. The total settlement for the second phase was $1.6 million, of which St. Paul contributed $1,265,000, and Mountain West contributed $100,000.

St. Paul later filed a lawsuit against Mountain West, and other insurers on the project, for equitable contribution. At trial, St. Paul described how the interior and exterior framing and roof damage alleged by Four Seasons was caused by Teton’s defective framing work and how Teton’s framing of the condominium ceilings and walls were improperly installed and warped and out of plumb or plane, causing problems with the drywall, trim, door operations, roof and casing, among other things. At the conclusion of the trial, the trial court found that Mountain West had improperly refused to participate in the defense of Jacobsen and ordered Mountain West to contribute $767,071.50 in defense costs and $1,320,100 to the settlement.

Mountain West appealed arguing that the burden of proof was on St. Paul to show that there was coverage under the policies issued by Mountain West, and that it had failed to do so. The Court of Appeals, however, disagreed. While noting that in an action by an insurer to obtain contribution from a coinsurer the burden is on the insurer to show that the coinsurer “had a legal obligation . . . to provide [a] defense [or] indemnity coverage” (emphasis in original), the Court explained, that the burden is different when the coinsurer with a defense duty does not join in the defense in the underlying action:

In this case, explained the Court, St. Paul had demonstrated that Four Seasons’ claims concerning the roof, drywall, framing, siding, balconies, structural beams and posts, railings, balusters, and trim implicated Teton’s framing work and thus showed the “potential” for coverage under the additional insured endorsements issued by Mountain West, and further, that the trial court had found that Mountain West had not shown any limitation or reduction on its obligation to provide coverage to and to defend Jacobsen.

Mountain West next argued that because it had contributed to the settlement “on behalf of Teton” that it had participated in the defense. However, the Court of Appeals noted that, under the additional insured endorsement issued by Mountain West, Mountain West’s duty to defend was a duty owed to Jacobsen, not Teton:

Unless Within the Class of Entities Being Released, or Specifically Named in the Settlement Agreement, an Insurer’s Contribution to a Settlement Does Not Release an Insurer

Mountain West also argued that because it had contributed to the settlement that it was a third-party beneficiary to the settlement agreement and the release contained therein. The Court of Appeals once again disagreed, noting that the release did not release Mountain West specifically or refer to insurers as among the class of entities being released. Rather, explained the Court, the release states “the Parties hereby forever release and discharge each other from any and all liability. . . . Moreover, . . . [Jacobsen] and Teton release each other from any and all liability” (emphasis in original) and makes no reference to Mountain West being released either specifically or as among a class of entities being released.

However, the Court of Appeals did provide some relief to Mountain West, and held that the trial court’s award of prejudgment interest in the amount of $372,731.73 was inappropriate under Civil Code section 3287 because teh damages (i.e., Mountain West’s obligation to defend and contribute to the settlement) were neither certain nor capable of being made certain by calculation:

“Damages are deemed certain or capable of being made certain within the provisions of subdivision (a) of section 3287 where there is essentially no dispute between the parties concerning the basis of computation of damages if any are recoverable but where their dispute centers on issues of liability giving rise to damage.” The statute does not authorize prejudgment interest where the amount of damage, as opposed to the determination of liability, “depends upon a judicial determination based upon conflicting evidence and is not ascertainable from truthful data supplied by the claimant to his debtor.”

While there was no dispute regarding the amounts paid in settlement, explained the Court, the issues at trial included not only whether Mountain West was responsible for contribution, but the amount of contribution. As such, the damages were not certain or capable of being made certain by calculation and the trial court’s award of prejudgment interest was inappropriate.