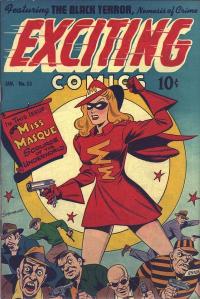 Julie Su, California’s Labor Commissioner, has been making headlines recently as California’s Division of Labor Standards Enforcement (“DLSE”) has cracked down on prevailing wage violations. In a report issued this past month, the DLSE reports that it assessed over $25 million in back wages and civil penalties on public works projects in 2012, the highest recovered since 2002.

And 2013 may be another record breaking year.

This past month the Labor Commissioner assessed over $1.8 million in prevailing wage violations against three subcontractors on public works projects in Southern California (Pow!), in early June she assessed nearly $750,000 against four general contractors on public works projects in Central and Southern California (Bam!), and just over a week later assessed over $8 million against another general contractor on a hotel project which had received rent credits from a public entity (Wham!).

California’s Prevailing Wage Law, like the federal prevailing wage law, the Davis-Bacon Act, dates back to 1931. Enacted during the Great Depression, California’s Prevailing Wage Law and the federal Davis-Bacon Act, require that employers working on public works contracts pay their workers wage rates “prevailing” in the local area, the idea being that it would limit the incentive for employers to recruit lower-wage workers from outside the area.

The federal Davis-Bacon Act, codified at 40 U.S.C. §§3141 et seq., provides that contractors and subcontractors performing work on federally-funded or -assisted contracts in excess of $2,000 for the construction, alteration or repair of public buildings or public works pay their workers no less than the locally prevailing wages and fringe benefits for corresponding work on similar projects in the area as set by the U.S. Department of Labor (“DOL”).

Failure to pay prevailing wages may be grounds for withholding contract payments, contract termination, and liability for costs to the government and debarment from future contracts for up to three years.

Further information on the Davis-Bacon Act and the DOL’s prevailing wage determinations can be found at the DOL’s website.

California’s Prevailing Wage Law, codified at California Labor Code sections 1720 et seq., provides that contractors and subcontractors performing work on state, municipal or local public works projects with a value of over $1,000 pay their workers not less than the general prevailing rate of per diem wages for work of a similar character in the locality in which the public work is performed as set by the California Department of Industrial Relations (“DIR”).

Failure to pay prevailing wages may be grounds for assessment of back wages and civil penalties.

Further information on the Prevailing Wage Law and DIR’s wage determinations can be found at the DIR’s website.

A Warning to Contractors

In a press release issued by the DIR earlier this month, Labor Commissioner Su warned contractors, “Failure to pay the proper prevailing wage is a form of wage theft. We will crack down on not only the subcontractors who steal workers’ wages and fail to pay apprenticeship training contributions, but also on the general contractors so we put proper incentives on them to deal only with honest, law-abiding businesses in California.”