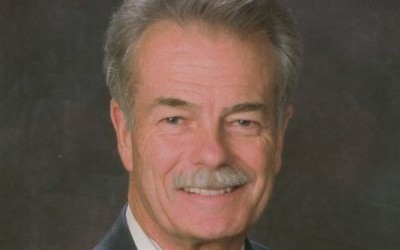 This past month, Wendel Rosen held its Fall 2015 Breakfast Forum. Our featured speaker was Will Kempton, Executive Director of the California Transportation Commission (“CTC”), the state commission responsible for programming and allocating funds for the construction of highway, passenger rail and transit improvements throughout California.

But not only do we need to think differently about how to fund needed infrastructure improvements explained Mr. Kempton, we need to think about transportation as a whole, differently. Mr. Kempton referred to the picture below, created using images taken from a poster by International Sustainable Solutions, which visually shows the difference between 200 people in cars, on public transportation and on bicycles. “It’s really amazing,” said Mr. Kempton, “you don’t often stop to think visually about the difference in impact between 200 people in cars versus 200 people on buses, trains, and other forms of transportation.”

One new tool that policy makers are considering is a road usage charge. But it may be awhile before drivers get charged for the amount of driving they do. Last fall, Governor Brown signed legislation which established a commission to study a “road usage charge” and to establish a pilot program by January 1, 2017. The commission, the California Road Charge Technical Advisory Committee, has met several times since convening its first meeting in January 2015.

But thinking about new ways to raise money for needed transportation improvements is only part of the solution. “You can’t just ask for more money,” said Mr. Kempton, you need to show that you will use that money wisely.” He explained that the CTC is looking at new ways to finance and manage transportation projects including:

We also need better accountability, he explained. One way that the CTC is trying to be more accountable to taxpayers, explained Mr. Kempton, is through its use Proposition 1 B funds approved by California voters in 2006 and which authorizes the issuance of nearly $20 billion in state general obligation bonds. The CTC recently issued a report – Proposition 1B: Promises Made, Promises Kept – which discusses, among other things, how:

Mr. Kempton explained that Governor Brown has made infrastructure funding and improvements a priority and has introduced a Five-Year Infrastructure Plan. Democrats and Republicans have each introduced transportation bills, but they are far apart on key issues, with Democrats proposing to raise the gas tax and Republicans proposing the use of cap-and-trade funds. California’s highways and roads rank near the bottom of the nation, explained Mr Kempton. “As someone who has been involved in transportation for a long time, I view this as a personal failure. But we need to work together to fix this problem.”