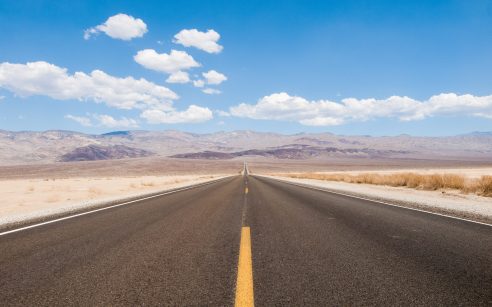 In Rodriguez v. Department of Transportation, Case No. F074027 (March 27, 2018), the Court of Appeals for the Fifth District considered the following mind-twister: Can you knowingly approve something (which does not include something else) if you never considered the absence of that “something else?” Think about that for a moment . . . or, better yet, just read on.

In 2013, a pickup truck traveling westbound on State Route 152 toward Los Banos, California, ran off the road injuring Erik Rodriguez and the driver and killing another passenger. Rodriguez sued the California Department of Transportation (Caltrans) on the ground that the accident was caused by a dangerous condition on public property.

At the location of the accident, SR 152 was a four-lane divided expressway with two 12-foot wide lanes in the westbound direction, an eight-foot wide paved right shoulder, and a metal beam guard rail to the right of the outside shoulder. At the time of the accident, the truck veered from the fast lane, across the slow lane, onto the pave shoulder, struck the guard rail and came to rest in an irrigation canal.

In his suit against Caltrans, Rodriguez argued that the shoulder should have had a “rumble strip” to alert drivers who inadvertently veered onto the shoulder. Caltrans filed a motion for summary judgment arguing that it was immune from suit under Government Code section 830.6, also known as the design immunity defense, which provides in part:

Neither a public entity nor a public employee is liable under this chapter for an injury caused by the plan or design of a construction of, or an improvement to, public property where such plan or design has been approved in advance of the construction or improvement by the legislative body of the public entity or by some other body or employee exercising discretionary authority to give such approval or where such plan or design is prepared in conformity with standards previously so approved . . . .

In support of its motion, Caltrans submitted evidence consisting of the design plans for SR 152 from 1992, 2002 and 2011, declarations of state engineers who explained their “discretionary authority” under Government Code section 830.6 to approve the design of those plans, and declarations of other state engineers who confirmed that SR 152 was built according to those approved plans.

The project engineer of the 1992 plans stated in his declaration that he “did not consider using rumble strips on the shoulders because at the time I approved the [1992] plans . . . the use of rumble stripes was not in common practice. In 1992, there were no standards or policies which addressed or called for the design of shoulder rumble strips. In 1992, the absence of rumble strips at the subject location met the then existing standards for roadways.”

The trial court granted Caltrans’ motion on the ground and Rodriguez appealed.

The Court of Appeal Decision

On appeal, the Court of Appeal outlined the general principles governing the design immunity defense of Government Code section 830.6:

On appeal only the second element of the design immunity defense, “discretionary approval,” was in dispute.

However, Rodriguez argued that Caltrans could not establish discretionary approval because the planning engineer “never considered the particular feature or design element at issue, namely whether to install rumble strips[,] . . . [and] that if there was never a decision made concerning the rumble strips, the quality of the deliberative process cannot be assessed.”

The Court of Appeals disagreed, in part. “[A]ll that is required to establish the discretionary approval element[,]” explained the Court, “is evidence that an employee with discretionary authority approved the plan or design. Here, Caltrans presented such evidence”:

That the project engineer also stated he did not consider the use of rumble strips is irrelevant to the discretionary approval element. It is relevant, however, to the reasonableness element, as it is at that stage the court considers whether it is reasonable that an employee, in approving a design without considering a particular design feature, adopted a design that “a reasonable . . . employee could have approved.” . . .

Rodriguez states that his “‘real complaint’ is that the project engineer never made a decision one way or the other because he ‘did not consider rumble strips’ at all.” He asserts the discretionary approval element does not “speak to, nor immunize, failures to decide, only decisions actually made.” In his view, design immunity is vitiated if the employee with discretionary authority to approve a plan or design admits he or she failed to consider the particular feature or design, the absence of which a plaintiff later alleges made the property dangerous.

Rodriguez’s view of what constitutes a design decision, however, is too narrow. Here, the design decision made in 1992 was to construct a bare paved shoulder at the accident location. The wisdom of this decision, and whether the project engineer should have considered whether to install rumble strips, is reviewed, not at the discretionary approval stage, but at the reasonableness stage. To conclude otherwise “would implicate the adequacy of the deliberative process at the discretionary approval stage and would lead a jury into just the sort of second-guessing concerning the wisdom of the design that the statute was intended to avoid.”

Rodriguez confirms an underlying premise of Government Code section 830.6’s design immunity defense: That the role of a tier-of-fact, whether a judge or jury, is not to second guess the wisdom of a public entity’s design decisions at least when it comes to a public entity’s discretionary authority and that a trier-of-fact’s role is limited to determining if substantial evidence supported the reasonableness of the public entity’s approval, including, as in Rodriguez, whether a public entity should have considered a particular safety element in the design it approved.