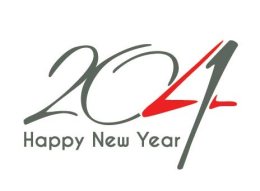 Approximately 2,000 bills were introduced in the California State Legislature during the 2013-2014 legislative session. Of these, 896 bills made it to Governor Brown’s desk and 800 were signed into law.

Looking back, 2013 could be called the year of the labor unions. Strong Democratic majorities controlled both the Assembly and Senate. Democratic Governor Brown, enjoying record high approval ratings, surpassed Republican Earl Warren as the longest-serving governor in California’s history.  And, 2014 being a primary election year, incumbents are under pressure to show their supporters what they’ve done for them lately.

The stars aligned, labor unions saw the passage of legislation restricting the ability of charter cities to avoid prevailing wage laws, new laws expanding the authority of the California Labor Commissioner, and tighter restrictions on employers.  Not surprisingly, the year also saw a number of consumer-protection oriented changes to the licensing laws.

SB 262 – Authorizes the CSLB to take disciplinary action against a qualifier and the licensee they are qualifying if the qualifier is not actively involved in the construction activities of the licensee.  In addition to administrative penalties, the qualifier is subject to misdemeanor criminal charges including imprisonment in the county jail up to six months, a fine of up to $5,000, or both.

SB 7 – In response to a much publicized California Supreme Court decision this past year holding that charter cities do not have to pay prevailing wages, the new law requires that charter cities receiving state funding or financial assistance for a construction project require that contractors pay prevailing wages on projects exceeding $25,000 for construction work or $15,000 for alteration, demolition, repair, or maintenance work.

SB 776 – Prohibits contractors from receiving credit for fringe benefit payments used to monitor and enforce laws related to public works if those payments are not required by a collective bargaining agreement.

AB 195 – Existing law authorizes counties to enter into design-build contracts for the construction of buildings and wastewater treatment facilities in excess of $2.5 million through July 1, 2014.  The new law extends that authority until July 1, 2016.

SB 328 – Authorizes counties to enter into construction manager at-risk (CM at-Risk) contracts for the construction, alteration, or repair of any building owned or leased by a county in excess of $1 million through January 1, 2018.

AB 164 – Requires that lease agreements between a governmental agency and private entity for the construction of public private partnership (P3) infrastructure projects include a requirement that performance bonds and payment bonds be furnished to ensure completion of the project and payment to laborers, subcontractors and material suppliers performing work on the project.

AB 811 – Under existing law, contractors are required to call 8-1-1 (I wonder how long the bill’s author had to wait for that bill number) at least two days before any digging or excavation activity.  The new law authorizes the CSLB to develop a written examination for the certification of contractors engaged in excavation activities, requires regional notification centers to post on their websites statewide information regarding legal violations and damages resulting from violations, and subjects contractors who engage in illegal excavation activities to civil penalties up to $50,000 in addition to civil remedies and attendance at an educational program.

SB 54 – Requires owners and operators of refineries other than oil and gas extraction operations, when contracting for construction, alteration, demolition, installation, repair or maintenance at the stationary source, to require that its contractors use workers from state-approved apprenticeship programs. Beginning January 1, 2014, at least 30% of the skilled journey persons must be graduates of apprenticeship program, beginning January 1, 2015, at least 45% must be, and beginning January 1, 2016, at least 60% must be.  The new law also authorizes the California Department of Industrial Relations to approve a curriculum of in-person classroom and laboratory instruction for approved advanced safety training for workers at high hazard facilities.

AB 805 – AB 805, which repealed and replaces the Davis-Stirling Act, was actually signed into law in 2012.  However, like the effective date of the comprehensive changes to California’s statutory construction payment laws this past year, the effective date of AB 805 was postponed for two years due to the comprehensive nature of its changes. The new law repeals the Davis-Stirling Act formerly found beginning at Civil Code sections 1364 et seq. and replaces them with new sections beginning at Civil Code section 4775. Among other things, the new law requires that decisions to transfer reserve funds to pay for litigation must be provided by general notice, quarterly accounting of litigation expenses must be made available for inspection, and annual budget reports must include a major component repair statement, anticipated special assessment statement, and other information.