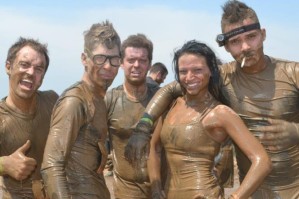 Last year the California Contractors State License Board (“CSLB”) warned licensees of the “perils” of renting a qualifier.

Renting a qualifier means that you pay an individual who holds a California contractor’s license to act as the Responsible Managing Officer (RMO) or Responsible Managing Employee  (RMO) of a construction company when they have no actual involvement in the day-to-day operations of the company. Construction companies do this in order to try to get around the experience and examination requirements necessary to obtain or maintain a contractor’s license.

Senate Bill 862, which became effective earlier this year, and amended Business and Professions Code 7068.1, gave the CSLB additional enforcement authority to crack down on phony qualifiers by allowing the CLSB to take disciplinary action against a qualifier and a licensee if the qualifier is not actively involved in the construction activities of the licensee’s business.  This is on top of misdemeanor criminal charges, which can include imprisonment in the county jail up to six months, a fine of up to $5,000, or both.

The CSLB is now flexing its new enforcement muscles and has announced that it has established a task force to investigate qualifiers who are suspected of acting as straw men for construction companies:

CSLB to Get Tough on RMO Abuses

After a sharp rise in consumer complaints against license qualifiers who have been granted a test waiver, the Enforcement division has established a task force to investigate cases where Responsible Managing Officers (RMOs) are suspected of acting as paid figureheads for a company, but exercise little to no control over its operations.

Contractors who serve as qualifiers for a company’s construction operations must exercise direct control and supervision. If you are an RMO and do not have active involvement in the construction and business operations, you risk CSLB administrative penalties against your license(s) as well as criminal prosecution, regardless of whether you’re aware of substandard work being performed by unqualified individuals.

The task force will be watching for exam waiver requests from applicants suspected of only seeking to rent their name for a fee. CSLB also will seek to revoke qualifier status previously granted to anyone whose actions demonstrate they do not have an ownership stake or are not active decision makers listed on a license.

A new law that took effect in January 2014, Business and Professions Code section 7068.1, now authorizes CSLB to discipline a qualifier, and the licensed entity they are qualifying, when the qualifier is not actively involved in the construction activities of the license they are representing. In addition to administrative penalties, the individual falsely serving as a qualifier on the license can be charged with a misdemeanor and be sentenced to serve up to six months in jail, and required to pay a fine from $3,000-$5,000, or both, if convicted.

A review of Business and Professions Code section 7065 will provide further explanation of examination waiver laws.

By the way, if you were curious, the photo is of participants of Tough Mudder, a hardcore obstacle race for extreme athletes who don’t mind doing laundry.

Be careful out there.

One Response to “CSLB Gets Tough on Phony Qualifiers”